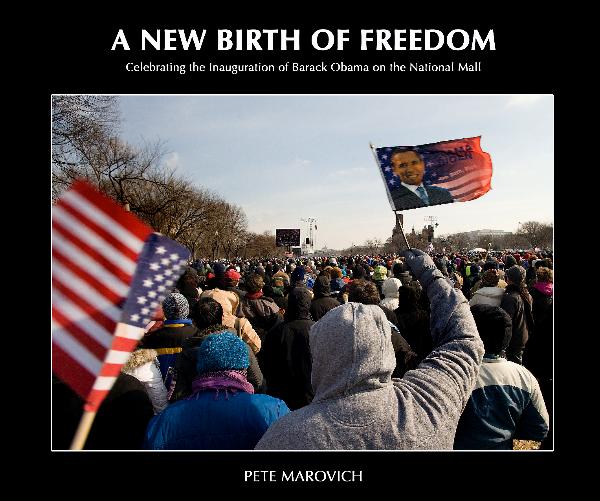 On January 20, 2009, Barack Hussein Obama was sworn in as president just days before the 200th anniversary of Abraham Lincoln's birth. His inauguration theme: "A New Birth Of Freedom," a phrase from the Gettysburg Address, reflected the timing.

More than a million people braved freezing temperatures on the National Mall to witness history as Obama took the oath of office. Using the same Bible Lincoln used when sworn in as president, Obama became the 44th President of the United States.

The images contained in this book bear witness to that cold, historic occasion when the dreams of a race were realized and the journey to remake America had begun.
Publisher: Self