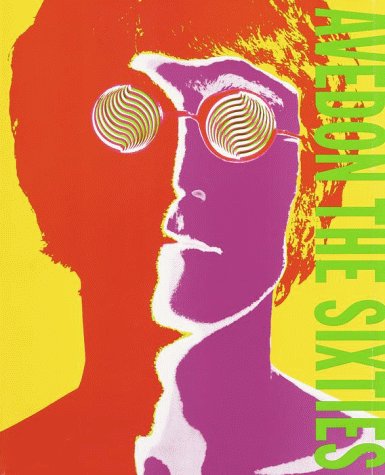 The Sixties
by Richard Avedon
Publisher's Description
Though previously unpublished, thirty years ago Avedon and Arbus collaborated on a project of portraits and interviews of influential figures that capture the spirit of the era. Available for the first time, this brilliant time capsule is the best Avedon title in years and features many previously unpublished images.
Amazon.com Review
The Sixties is the product of a 30-year collaboration between photographer Richard Avedon and writer Doon Arbus, whose images and words combine in this volume to create a compelling portrait of one of the 20th century's most tumultuous decades. Avedon, the celebrated photographer whose portraits of some of the best-known personalities of our age have graced the pages of Harper's Bazaar, Vogue, and The New Yorker magazines since the early 1950s, was prolific during the '60s. Looked at together, his images from those years create a visual time capsule. This large book is filled with a cacophony of Yippies, Black Panthers, Weathermen, Hare Krishnas, Andy Warhol Factory Superstars, pop artists, rock musicians, astronauts, pacifists, politicians, electroshock therapists, media correspondents, civil rights lawyers, antiwar activists, and more--all shot against his signature white background. Arbus, a novelist and writer for magazines including Rolling Stone and The Nation (and the daughter of photographer Diane Arbus), conducted interviews with many of the subjects. Snippets of those conversations provide an intimate and unforgettable document of the tension, vulnerability, anger, recklessness, hope, and empowerment many people experienced during that era. Brief biographies of the portrait sitters, as well as a chronology that spans the first signs of the war in Vietnam in 1960 to its final conclusion in 1973, provide excellent context for the images. The Sixties is riveting. --A.C. Smith
ISBN: 0679409238
Publisher: Random House
Hardcover : 240 pages
Language: English
Dimensions: 10.2 x 13 x 1.1 inches