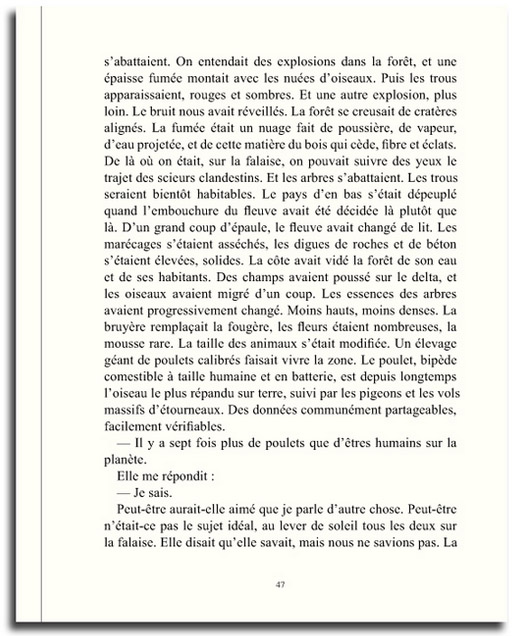 The Anthropocene is the new geological age, an age in which the human species has become the prevailing geophysical force dominating all other natural forces that have hitherto impacted upon the earth. We have reached a dangerous and exiting turning point as a species, able de reinvent itself and its world without any control on the consequences. This moment augurs the death of this idea of nature and, paradoxically, dissolves the frontier that has hitherto separated us from the natural world. Ours is now a world rid at last of the very idea of nature; a purely artificial world, innocent, fragile and hazardous. Eden is right here and now. To accept this idea is to accept a kind of serene jubilation before the enigmatic beauty of a world in decay. The cover of this book was illustrated by French writer Marie Darrieussecq. From this sequence of 46 photographs, she wrote pages 47 and 48 of an otherwise ficticious novel. Nicolas Guiraud, February 2014