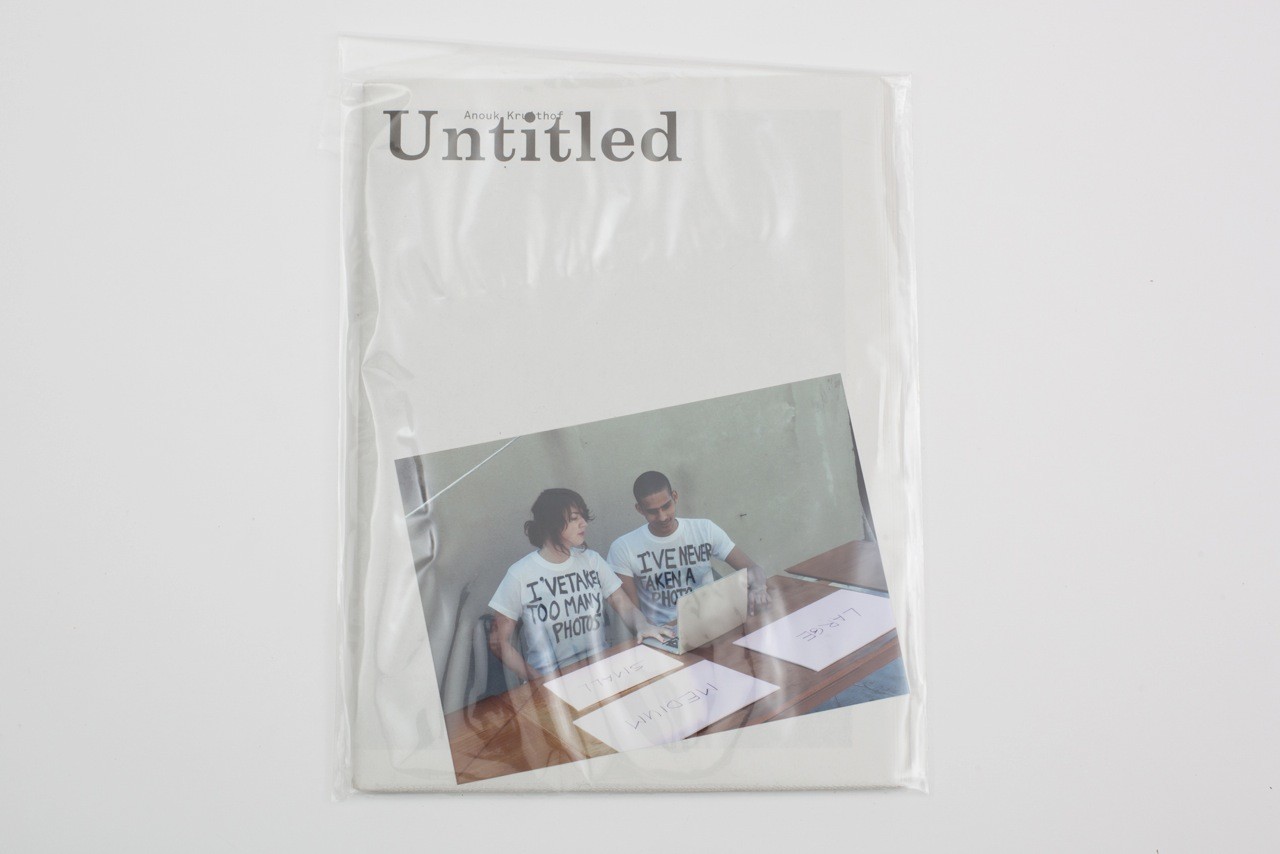 Untitled (I’ve taken too many photos/I’ve never taken a photo), 2014
by Anouk Kruithof
Untitled (I’ve taken too many photos/I’ve never taken a photo) is a new publication by Anouk Kruithof, which is an echo of the photo-ceiling + take away poster of the project with the same title, which was first exhibited during the Hyères Festival de Mode et du Photographie in France in 2012. Early 2012 Anouk Kruithof set out to find someone to help her edit her work—someone who had never taken a photograph in his or her life. She began by posting signs in her Bedford-Stuyvesant neighborhood in Brooklyn New York that read, “Did you never make a photo in your life.” The responses led her to a young man named Harrison Medina. The editing process began with 300 images out of Kruithof’s automagic archive, which Medina narrowed down to 75 and edited in three different sizes, which formed a spatial installation in the form of a photo-ceiling. Kruithof recorded the conversation during the selecting process, which is printed in this publication alongside 22 new photos. The new photos Kruithof made by reframing the physical prints, which formed the installation as a reaction on the spectator’s analogue interactive behavior, while viewing the photo-ceiling with mirrors. End of April 2014 Kruithof met Harrison Medina again in Bedford-Stuyvesant and together, they signed and numbered the back of the prints, which you’ll find on the cover of this publication.
ISBN: 9789081708104
Publisher: Self published (stresspress.biz)