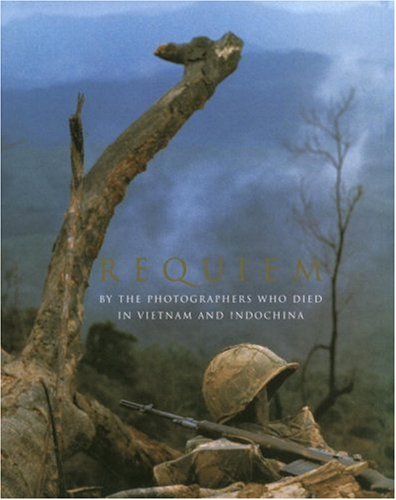 Requiem: By the Photographers Who Died in Vietnam and Indochina
by Horst Faas
Publisher's Description
Perhaps the finest anthology of war photography ever produced, Requiem presents the work of 135 photographers--from both sides of the war--who never returned home. It is a clear eyed look at a by-gone era of war correspondence with unlimited access and a touching rememberance of the men and women who died so that the war's story would not be forgotten, idealized, and relived.
Amazon.com Review
Horst Faas and Tim Page's Requiem is a portfolio of work by combat photographers who died in Vietnam and Indochina. The photographers came from many countries. Some were famous, such Robert Capa and Sean Flynn; others will be remembered only thanks to this stunning book. Among the photographs presented here are some that everybody old enough to remember the war has seared into their memory: Larry Burrows's famous image of a first-aid station south of the DMZ, where a wounded black marine reaches out to his white brother; Huynh Thanh My's wrenching photographs of suspected Vietcongs' being tortured by government troops; Dana Stone's elegiac portraits of American soldiers marching to their deaths in the A Shau Valley. Requiem is a masterwork, a grim testimonial to a war that seemed as if it would never end--but that has too quickly been forgotten.
ISBN: 0679456570
Publisher: Random House
Hardcover : 336 pages
Language: English