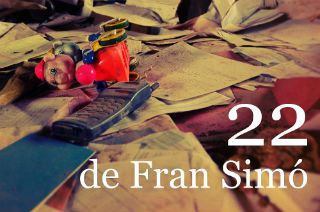 22’s pictures are fragments of calm between two ages, two development models: the industrial model and the knowledge model. Poblenou neighborhood in Barcelona suffered the industrial crisis and remained forgotten. It was later conquered by homeless immigrants, squatters, ruins, demolishers, gypsies, abandoned toys, old account books… and the resistance, people who already lived there before changes began and never wanted to leave. This selection of 22 pictures comes from my personal file of about 2000 pictures of the area taken between 2000 and 2009. It’s more emotional than documental. It’s available in a limited printed edition and ebook in English and Spanish.