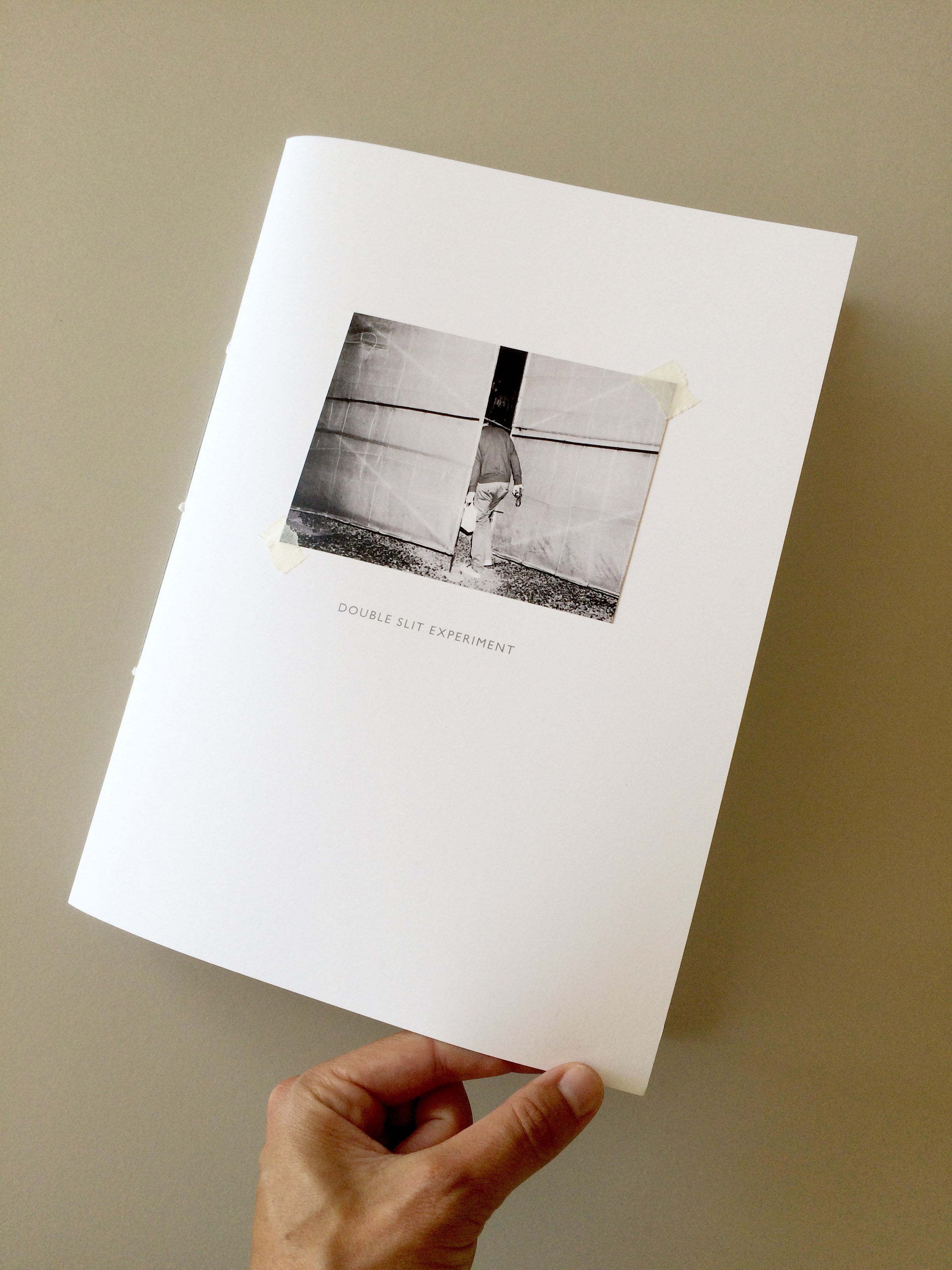 Double Slit Experiment
by Marjolein Blom
Project DOUBLE SLIT EXPERIMENT (2014) ‘When we travel, we translocate ourselves. Not only through space, but through time as well. We often have a clear image about the space beforehand. A specifically chosen destination; a city on the other side of the world, or that little cabin on the edge of the forest, not too far from home. A destination in time does not allow for an easy choice. We can arrive a day later. But not one day earlier than today. Might there be a possibility to bend the seemingly strict rules of time? To travel freely to any given moment? Racing into the future and slowly sauntering back, past the now, into the prehistoric era. Or perhaps not all the way until prehistory, but just a couple of years in the direction of the past. To once again be able to speak with those loved ones we miss and to go back to our longforgotten memories.’

This project, called after Richard Feynman’s famous Double Slit experiment that displayed the fundamentally probablistic nature of quantum mechanical phenomena for the first time in history, is a study towards travelling in time. Towards scientific principles that in theory allow for travelling through time, like wormholes, Einsteins general relativity theory and quantum mechanics. But also towards the practical impossibility of people as time travellers.
Publisher: Selfpublished