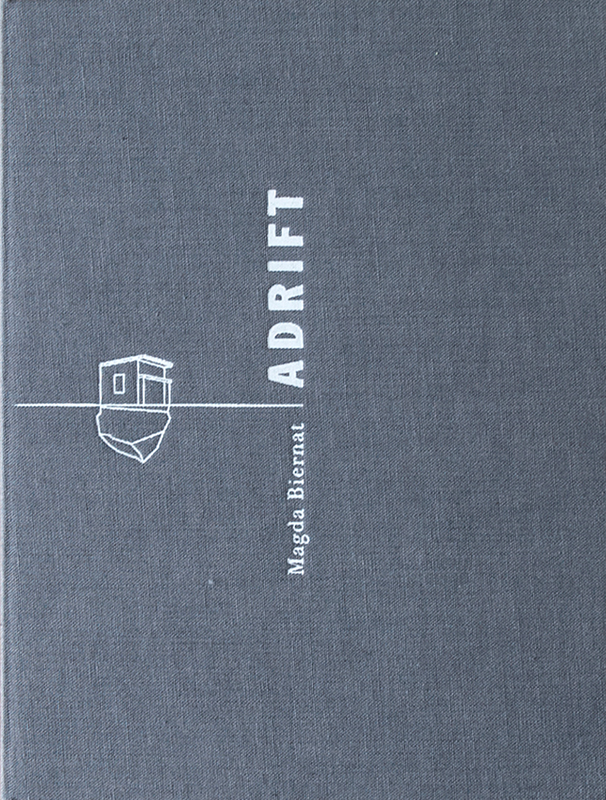 Adrift
by Magda Biernat
Adrift is an accordion fold photography book that reflects on the effects of climate change. The project began on a yearlong South-to-North journey Biernat took with her husband from Antarctica to Alaska. Average temperatures in the Arctic and Antarctic regions are rising twice as fast as they are elsewhere in the world. The rising temperatures are causing more icebergs to break off from glacial floes; polar ice is getting thinner, melting and rupturing. As they drift, the city-block-sized icebergs will disappear at a faster rate than ever before. Near the opposite pole in the Arctic, the melting of once-permanent ice is already affecting native flora, fauna and the frozen ground on which they live. Global warming is threatening the cultural identity of native people. Along a 35 km stretch of coastline in northernmost Alaska, on the ancient hunting grounds of Piqniq, the Iñupiat Eskimos have hunted for centuries, but as once massive herds of caribou dwindle and bowhead whales, walrus and seals change their feeding and migration patterns, subsistence hunting has become more difficult. Hunters move to larger towns, leaving cabins which once provided shelter adrift on the thinning ice and shifting tundra. The hunting cabins of the Inupiat are mirrors of the lone ice mountains in the south, singular polar structures under pressure by a changing ecosystem. Silent and static witnesses to change. Pairing photographs of Antarctic icebergs and empty Iñupiat Eskimo hunting cabins, Biernat offers a restrained commentary on the parallel effects of global climate change at opposite ends of the Earth. The images are accompanied by two essays (by Jean-Marie Casbarian and Rori Knudtsen), foreword (by Martin Pederson) and a brief introduction by the artist.
ISBN: 978-0-9863680-0-4
Publisher: Ink & Bellows Ltd.