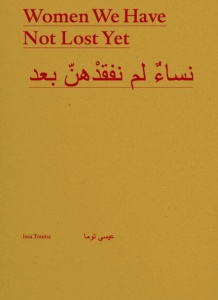 Women We Have Not Lost Yet
by Issa Touma
Description

Woman We Have Not Lost Yet tells the stories of those who lived through the crisis in Syria. On 26 April 2015, the radical Islamic opposition announced the ‘Great Attack’ on Aleppo. Young people from various ethnicities and religions, former participants of Art Camping, gathered in Le Pont gallery. In this artistic and intellectual safe haven, created by photographer and organizer Issa Touma, they could find comfort in each other. The fighting lasted an entire week. Trapped and frightened, a group of women shared their hopes and fears. Dressed in their customary clothing – chosen by themselves and not by the authorities – they decided to hold a photography session, almost like a final message.