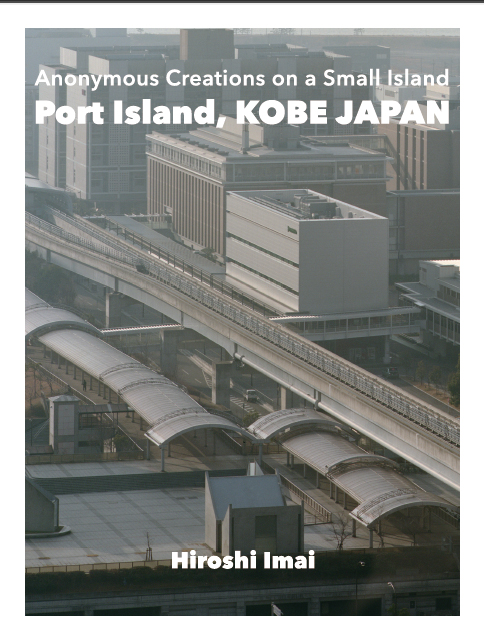 Port Island - Anonymous Creations on a Small Island
by Hiroshi Imai
I get a sense of discomfort every time I get back to Japan from a trip abroad.

I feel it from the silent and cold impersonal impression of the abnormally clean streets that seem to cover up something lying underneath.

It seems as though the landscape is immune to the dire influences of chaos and decadence from the slumping economy and chronic recession, aging and low birth rate, severe earthquake and environmental pollution, and changing of community from regional to virtual society that are inherent in modern Japan.

And then I am scanning scenery of a mechanical-sounding PORT ISLAND.

It is the artificial island which was developed to enlarge Kobe sandwiched between Mt. ROKKO and the sea to the south.

Landfill began in 1966 with soil of the Mt. ROKKO for the period of the high growth of economy. The unfinished metropolis which was exposed to the many big waves called a bubble burst, slump of the economy and an unprecedented big earthquake disaster to happen in 1995.

In the small island where the quiet increase without the goal still continues.
ISBN: 978-4-906980-11-6
Publisher: Takeki Sugiyama, UTAKATADO-Publishing