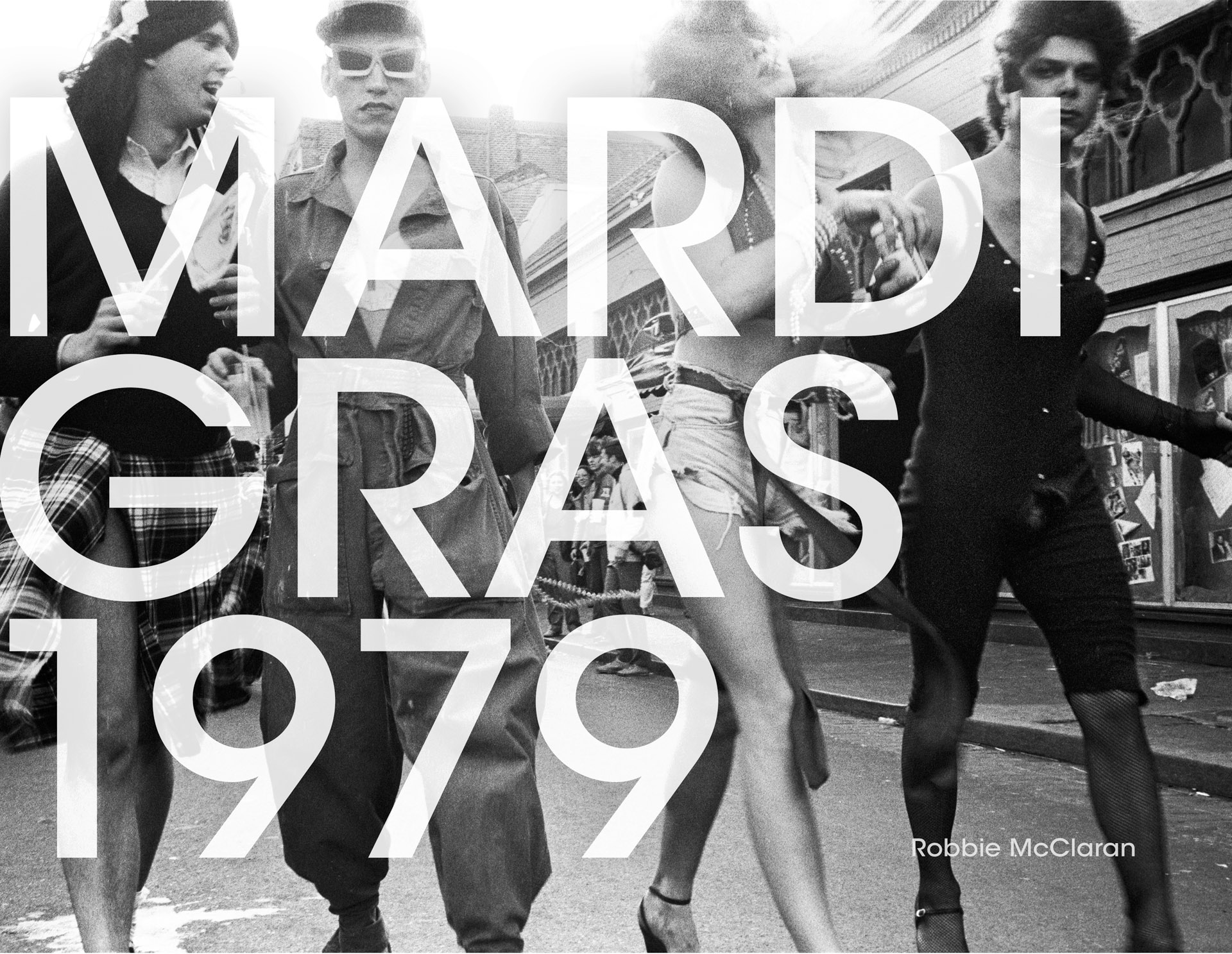 Mardi Gras 1979
by Robbie McClaran
In 1979, twenty four years old and fresh out of art school, I moved to New Orleans with little more than a backpack and a camera bag. Within a few days I found a slave quarters apartment in the French Quarter and began spending most waking hours photographing on the streets. By a quirk of history, that same year the New Orleans Police Department staged a strike during Mardi Gras and most of the public events were cancelled. Many tourists stayed home, yet to this day some locals recall it as one the best Mardi Gras ever. This was also a time before the arrival of AIDS, and the final days of the sexual revolution. Public nudity and sexual display were pervasive and revelers eagerly performed for my camera. Initially I was hesitant to show the photographs publicly because of their overt sexuality. After more than thirty five years in storage, this is the first publication of these images from my one and only Mardi Gras.