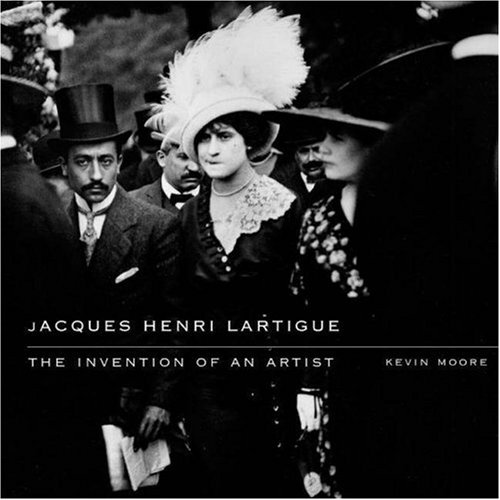 Jacques Henri Lartigue: The Invention of an Artist
by Kevin Moore
Publisher's Description
As a young boy, Jacques Henri Lartigue (1894-1986) set about passionately recording his life in photographs, first documenting his domestic circle and later capturing the auto races, air shows, and fashionable watering holes of the Belle Epoque. His images have so bewitched modern viewers that even scholars have failed to see them clearly. In Jacques Henri Lartigue: The Invention of an Artist, Kevin Moore puts to rest the long-held myth of Lartigue as a naive boy genius whose creations were based on instinct alone, Moore begins by exploring the milieu in which Lartigue became a photographer, examining his father's crucial role in teaching him the latest techniques as well as the larger context of the turn-of-the-century craze for amateur photography. Two events brought Lartigue before the public eye in America and created the Lartigue myth: In the summer of 1963, the first exhibition of Lartigue's work in the United States was held at the Museum of Modern Art. Which hailed him as an important modernist photographer, a forerunner of the artdocumentary style of the 1960s. Late that fall Life magazine published a feature presenting his work as an optimistic and sentimental prologue to World War I. Both treatments portrayed him as a naive genius and Lartigue happily participated in shaping this new persona. In Jacques Henri Lartigue: The Invention of an Artist, Moore successfully challenges the Lartigue myth using examples from popular magazines and the cinema. Illustrated with more than fifty of Lartigue's photographs and drawings as well as press imagery from the period, the book offers a radical reassessment of the photographer and his work.
ISBN: 0691120021
Publisher: Princeton University Press
Hardcover : 272 pages
Language: English
Dimensions: 9 x 9 x 1 inches