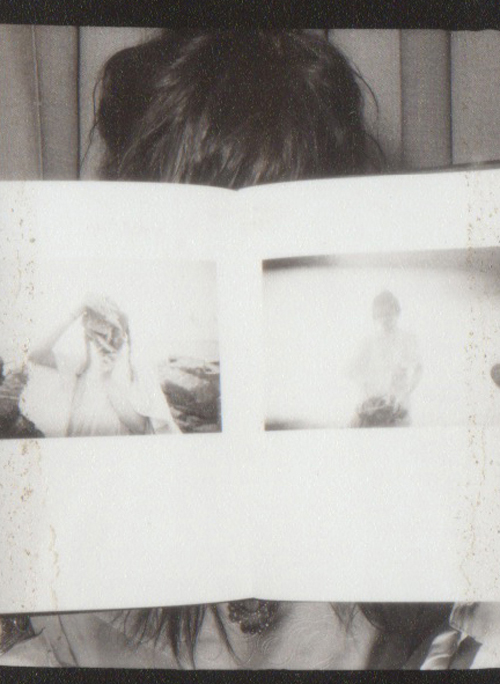 L'ABSENTE
by Aëla Labbé
The essence of Aëla Labbé’s photography defies easy interpretation or analysis. Averted gazes and ambiguous gestures of partially obscured characters serve as powerful metaphors for the evasive nature of the unconscious. Ethereal images that probe the consciousness are imbued with the burnished hues of half-remembered dreams yet shimmer with a child-like nostalgia. Somber mise-en-scène that approach film noir in their cinematic quality are often reminiscent of the Kaidanshu or Kowai Hanashi of Japanese movies. Protagonists in a seemingly enchanted and occasionally possessed world find themselves entwined in landscapes into which the sun permeates only with a vaporous and indeterminate glow. As with the illogical narrative of dreams, events seem to unfold unconstrained by conventional boundaries of time and place; a nostalgic glimpse of the past flows through the photographer’s imagined present. Ultimately, Aëla Labbé’s work represents a somnambulistic journey into realms of mysticism and ritual that only the initiated can ever hope to fully understand.

Originally from Saint-Nolff in the Bretagne region of north-west France, Aëla Labbé moved to the Netherlands to study contemporary dance at the Amsterdam School of Arts before turning her sensitive and poetic eye towards an exploration of photography. Whilst continuing in her dual roles as photographer and dancer, Aëla Labbé currently lives in Nantes, France. Her work has appeared in leading independent magazines around the world and been widely exhibited internationally; appearing in numerous exhibitions in France, Italy, Spain, UK and USA.
Publisher: Éditions du LIC