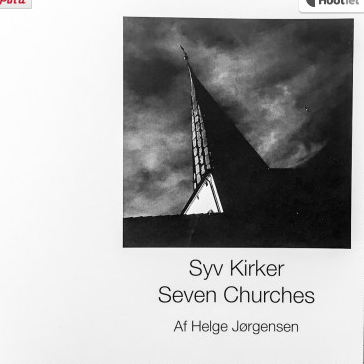 Seven Churches
by Helge Jorgensen
I was drawn into the space which is embraced by John the Apostle. Here he received and with from the help of his disciple Prochoros wrote what is now known as The Revelation – the last book in the Bible. In that book John states that he writes to the seven Churches of Asia.

On Aeroe stands seven churches. So that number drew me into this art project. The Dogma was only to use my iPhone and one special app. The photos here are as they were captured by the camera. No edit.
ISBN: 978-87-998191-0-2
Publisher: Helge Jorgensen