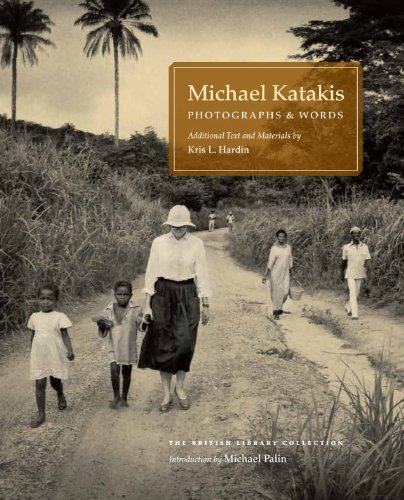 Photographs and Words
by Michael Palin
Publisher's Description
Photographer Michael Katakis has spent the last twenty-five years traveling around the world with a camera and a journal. While collaborating with his wife, social anthropologist Kris Hardin, Katakis’s perceptive work has spanned continents and cultures. The brilliant result of that partnership is captured here in Photographs and Words.

Among their projects presented here is their initial collaboration at the Vietnam Veterans Memorial in Washington, DC, where they photographed and interviewed both veterans and civilians, creating a moving portrait of America’s strengths, sacrifices, and errors during a profoundly divisive time in the nation’s history. A different and disturbing vision of America country emerges in “Troubled Land: Twelve Days across America,” in which Michael Katakis sought to have a dialogue with ordinary people immediately after September 11. Bookended by these two American projects were periods of fieldwork in Sierra Leone documenting a village and its inhabitants just before a bloody civil war began. The unintended significance created by the awful events that followed provides a disconcerting context for the images.

Both a very personal project and a universal portrait of a troubled humanity, Photographs and Words presents the very best work from one of America’s most distinguished photographers.
ISBN: 0712309144
Publisher: British Library
Hardcover : 192 pages
Language: English
Dimensions: 9 x 10.9 x 1 inches