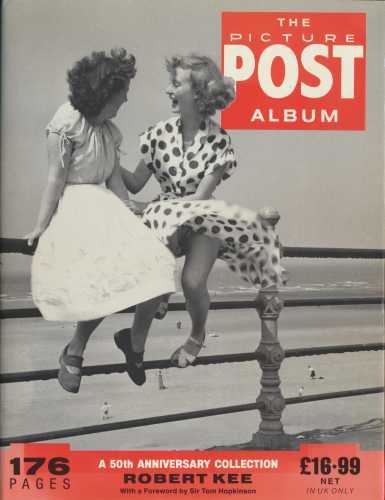 The Picturepost Album
by Robert Kee
Publisher's Description
Commemorating the fiftieth anniversary of the founding of Picture Post magazine, the English journalistic weekly, Robert Kee has compiled some of its most memorable images in this album. Picture Post got its start as a wartime chronicle in 1938 when it was founded by publisher Edward Hulton. It became well-known and beloved in England until its demise in 1957, making a reputation for carrying some of the finest photographic journalism in the world.
ISBN: 0712620583
Publisher: Century Hutchinson
Hardcover : 224 pages
Language: English