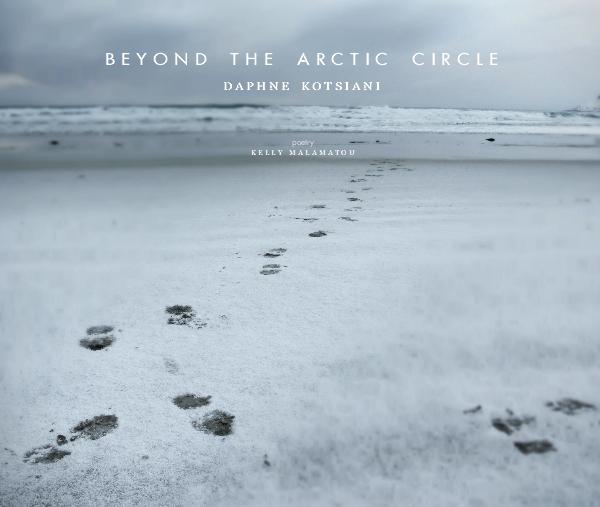 Beyond the Arctic Circle
by Daphne Kotsiani
“ Beyond the Arctic Circle ” is a photographic project by Daphne Kotsiani where she imprints a series of landscape photos taken in Northern Norway over a period of 7 years (2007-2014). Desolated areas covered with ice, solitary figures standing in the middle of nowhere, reflections that under the winter light transform the land into canvas, revealing abstract forms. Colorful structures breaking the white monotony of the snow and motifs that sometimes speak of loneliness and abandonment, giving the impression that time has stopped... The vastness of the Arctic... the absolute silence, indicating the lack of human presence. These elements consist the base of her thematology. Through her work she strives to shape her feel/association with the place that surrounds her, creating rather a personal vision than a documentary image. Sometimes the lines between reality, fleeting impression and personal memory become unclear and eventually insignificant. The photos are accompanied by poems of Kelly Malamatou that create a dreamy, nostalgic feel through metaphors, full of depth and contemplation within a simple few lines.