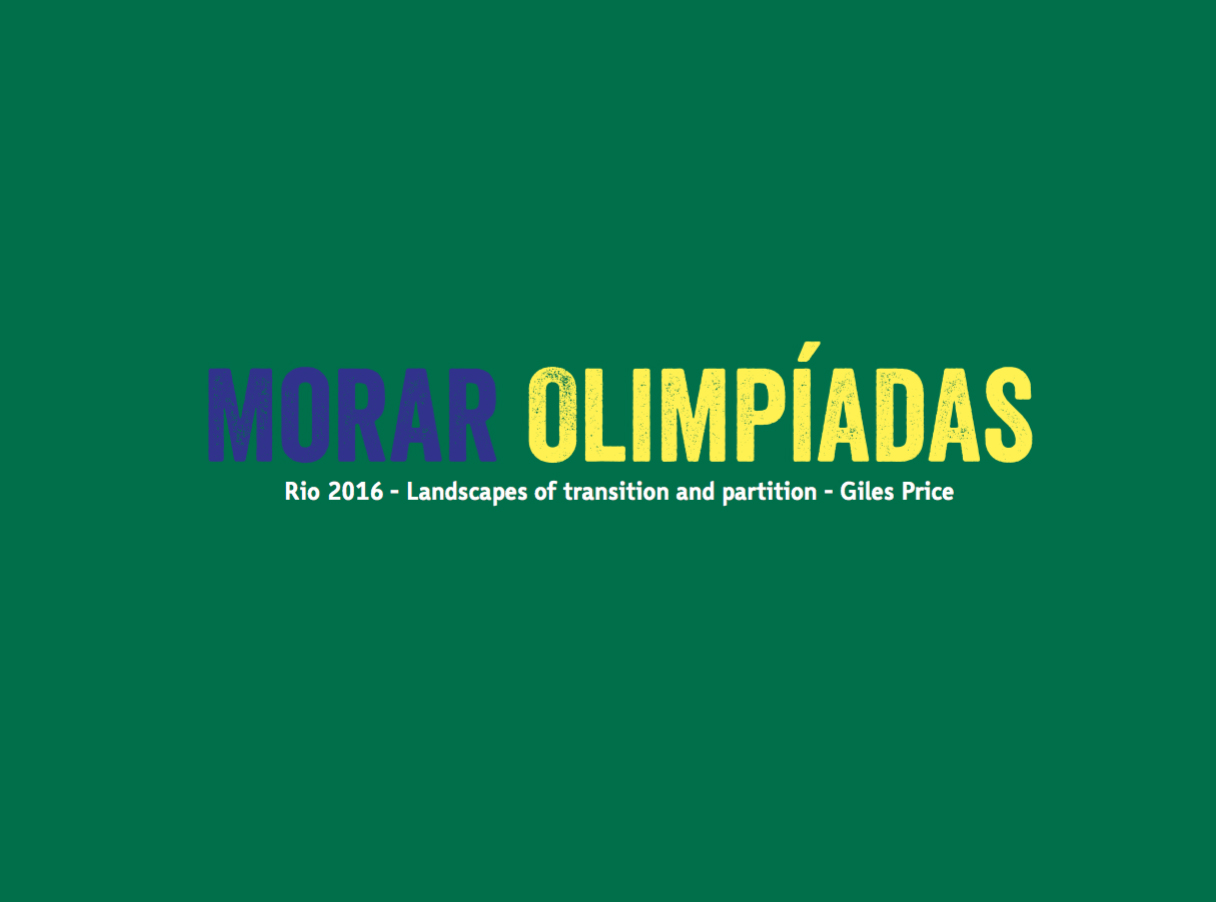 Between 2014 and 2016 Giles Price travelled to the city three times to document the city’s preparation, as uniquely captured from the air. His vertical aerial images, which often take on a graphic, abstract appearance, offer not only a new perspective of the construction and development in Rio, but also simultaneously highlight the social inequality, negative environmental impact and corruption revealed the lead up to the Games.

The book features a foreword by Jules Boykoff the author of three books on the Olympic Games, including Power Games: A Political History of the Olympics (Verso, 2016) and professor of political science at Pacific University, USA. He writes: “From an altitude of 1,500 feet, Price offers us geographical landscapes laced with geopolitical import. He deftly accentuates the inequalities that all too often Olympic development either exacerbates or breathes into being. These processes typically transpire behind tall walls, blockades, and barriers. As such, they are difficult, if not impossible, to appreciate, let alone access, from the ground level. We owe Price gratitude for gifting us with fresh perspective, for affording us a glimpse of the privatised enclaves of the future, for stoking a vital discussion about privilege, priorities, and power.
ISBN: ISBN 978-0-9573621-1-6
Publisher: SeeStudio