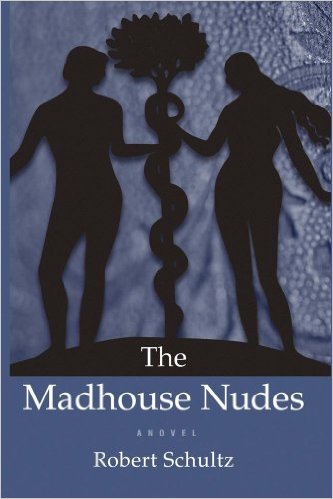 The Madhouse Nudes
by Robert Schultz
Debut fiction by a prizewinning poet: an epistolary novel that traces the life of a painter dedicated to the female nude whose psychic breakdown leads to accusations of sexual assault. While John Ordway does paint nudes, most New York critics see him as a conformist, although a female photographer accuses him of painting naked women lounging about simply for the delectation of male buyers. So Ordway and his paramour Jamie, a potter, move to the small town of Delphi, Iowa, to refresh themselves. Jamie misses the excitement of New York, however, and she feels smothered by Ordway's clamped-down, work-directed personality. So she splits for Decorah, a larger town, before heading back to Manhattan. Meanwhile, Ordway places an ad for figure models and hires two: the rather stiff Ellen, a novice painter whose work eventually humbles his own; and Jean, a true lounger, who is pregnant but unmarried. When he was 12, Ordway's sister slashed her wrists while in the bathtub (she was 18 and had cancer), and he discovered the body. After Jamie leaves, this long-suppressed event causes a breakdown and hospitalization. When released, on medication, Ordway gets a job at Earth Day, a recycling plant manned largely by likable losers who stamp cans and bottles into bales. At the same time, Ellen, whom Ordway once upset by sketching her in an overly provocative pose, is attacked in her dark bedroom and nearly raped. Did Ordway do it? He's arrested, charged, and released on bail--but he's uncertain of his innocence, sometimes dreaming that he did commit a rape. As his trial date draws nearer, he falls for his widowed social-worker/analyst Caroline, who's somewhat his senior and, it turns out, his last, best hope. Painters should enjoy Schultz's attention to the process of painting and to the undertow of feelings that boil up into compositions.
ISBN: ISBN-13: 978-1416593553
Publisher: Simon & Schuster