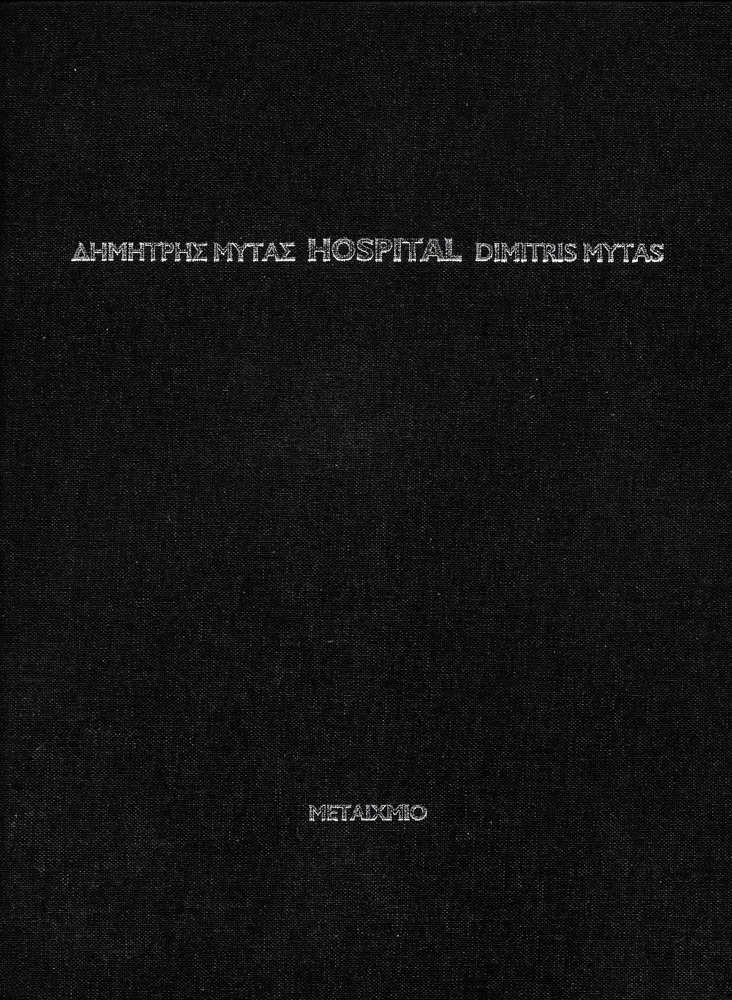 HOSPITAL
by Dimitris Mytas
Hospital - Portraits of spaces and people Dimitris Mytas in his most recent work entitled “Zero Ten” focused on illustrating his family and more particularly his children in an effort to depict the first decade of their lives. Abandoning his early photographic quest which was centered around street photography, a tendency dominant in Greece after the 70s, which had nevertheless defined the history of photography earlier in Europe and America, from Walker Evans onward, Mytas pursued new ways of expressive forms. Relinquishing the role of Father/Photographer he has now returned with an effort to construct a new body of work deriving from his extended “familial professional surroundings”, namely the hospital space of which he has been an integral part for more than twenty years. His new role, that of Doctor/Photographer constitutes a new, tougher project, the subject of which being a place he is constantly involved in both professionally and emotionally. The artistic approach of his working place, the “Hospital”, forms a doorway to the relentless quest of photographic creation within “the friction of a mundane work routine and the general “harshness” of the medicine field”, as he states. At the short intervals of calmness in his hectic working schedule, multiple overnight duties and during his “free” time, Dimitris attempts to form an alternate visual reality. His wandering glance in the familiar Hospital spaces does not try to capture the moment that unwinds before his eyes but rather to meticulously choose what and how he will photograph considering that the area in which he operates and the people he meets are not alien to him but familiar faces and situations in the restricted and utterly ordinary working place. In this light, his photographs constitute a form of narrative as Dimitris tells the stories of the people and spaces of his daily life, which he studies, edits and directs in absolute precision. Mytas composes a photographic essay with social content, which is not based on an imaginary conception but on the thorough research and recording of the specific subject. Besides, the creation of a photographic essay demands a degree of familiarity with the subject, deriving from extensive research and continual contact. And it is Mytas’ familiarity with the hospital space that unveils details, situations and circumstances unknown to the uninitiated regardless of the fact that our contact with these spaces might be considered a given, one way or another, at some point. Mytas records his working environment systematically in a premeditated, calculated manner; the mapping of the hospital space is composed of exterior building façades, empty rooms and cold corridors, medical tools and harsh, lifeless objects but mainly of the portraits of his co-workers who constitute the mainspring of these rambling constructions and give meaning and value to their existence. The photographs possess a wealth of social references. Expressions and body postures, different styles of clothing, compositions of objects and scenes from the surrounding space with or without the human presence. Like August Sander with his magnificent work on the society of a region in Germany, Mytas converts us into active and careful observers and urges us to examine in detail the components of these isolated images which in their totality make us privy to the great purpose this closed society serves. The photographs stand before us, silent, hermetic and often melancholic. The photographer’s speech emerges from the world of silence. We become witnesses of an active transformation during which the sterilized, unvoiced language of things is translated into speech abounding with meaning, expressions and symbols. Apart from the radiography of the interior and the innermost, hidden hospital spaces, Dimitris manages to transform objects of common use into objects of value. A wheelchair, a pair of surgical scissors, an examination bed or a blood pressure meter on the wall inherit the vitality and character of the people using them. The different focal distances at which he chooses to photograph them no matter how strictly defined and selected they might be, still add a light, discernible autonomy. After more than twenty years of dedicated and devoted service to this project, Dimitris offers us a narration characterized by directness and precision without dwelling on hospital morbidity, a research of clear photographic form emerging from the existing natural lighting that offers elegance and expressiveness in the tones of black and white.