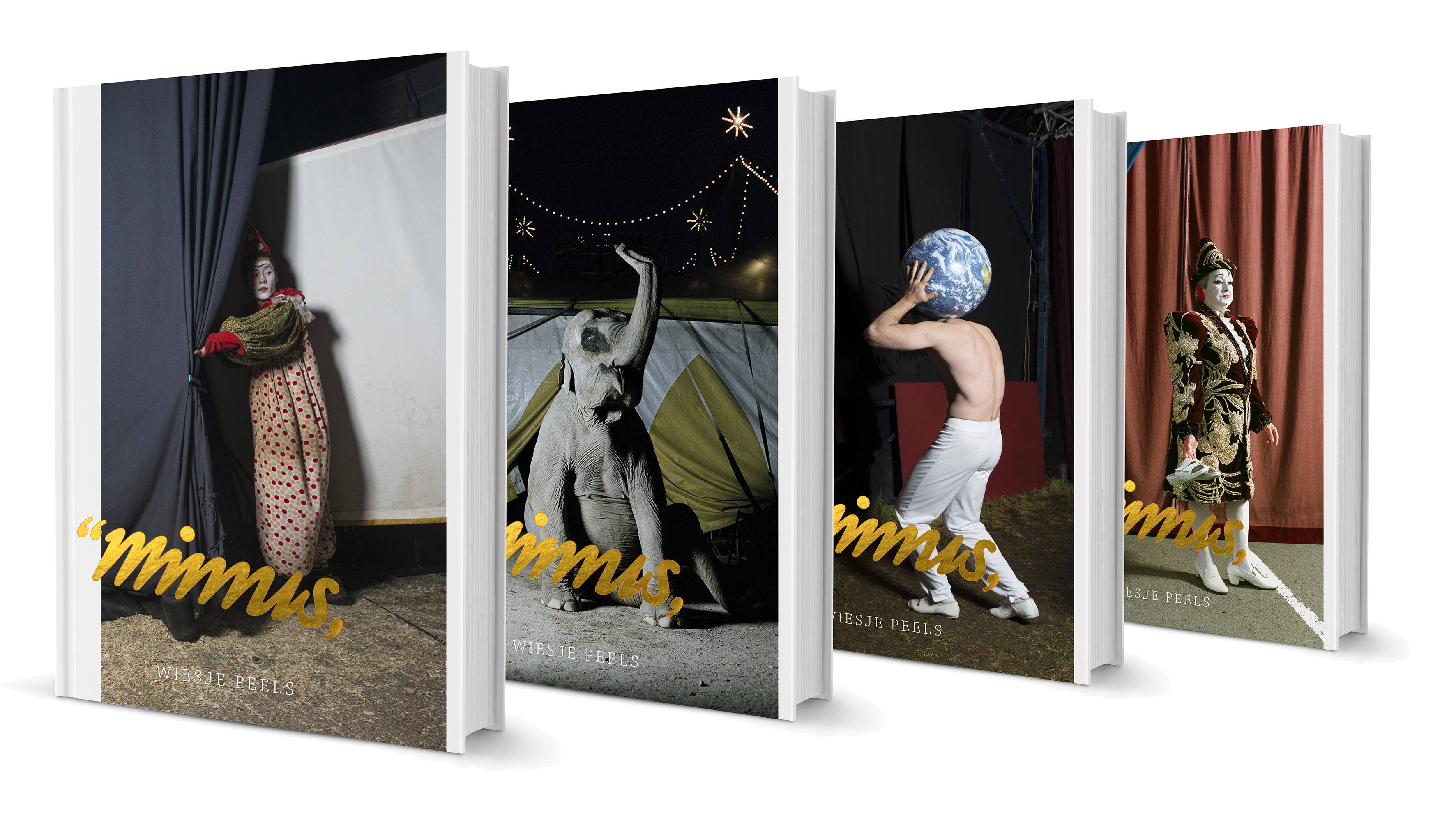 "Mimus,
by Wiesje Peels
Wiesje Peels (The Netherlands, 1975) got to know the circus as a young child. Her dad ran the one man circus 'Theatro Picollini', where she would sometimes have a small part if nobody in the audience dared to volunteer. Circus life always kept her attention. Therefore, she returned years later, now as photographer. She travelled with troops from The Netherlands, Belgium, Germany, Switzerland and Italy. However, instead of documenting daily life in the circus, Peels directs her own story. In that story the circus artists and animals all get their own part. Peels calls the circus the way she records it an 'in between world': the performers have left the circus tent and the audience behind, but are still in their role as clown or acrobat. They are dressed to perform their act, but the audience have already gone home. A clown stares, deep in thought; an elephant heaves a weary sigh. Her photos breathe an atmosphere of melancholy and loneliness, stripped of the exotic layer often associated with the circus world. But Peels doesn't regard life in the circus as glum. Rather, call her images autobiographic, she says. 'I project my own mood onto the circus artists'. (Source: 'Songs from the heart', catalogue international photo festival BredaPhoto 2014)
ISBN: ISBN 9789491525360
Publisher: Komma