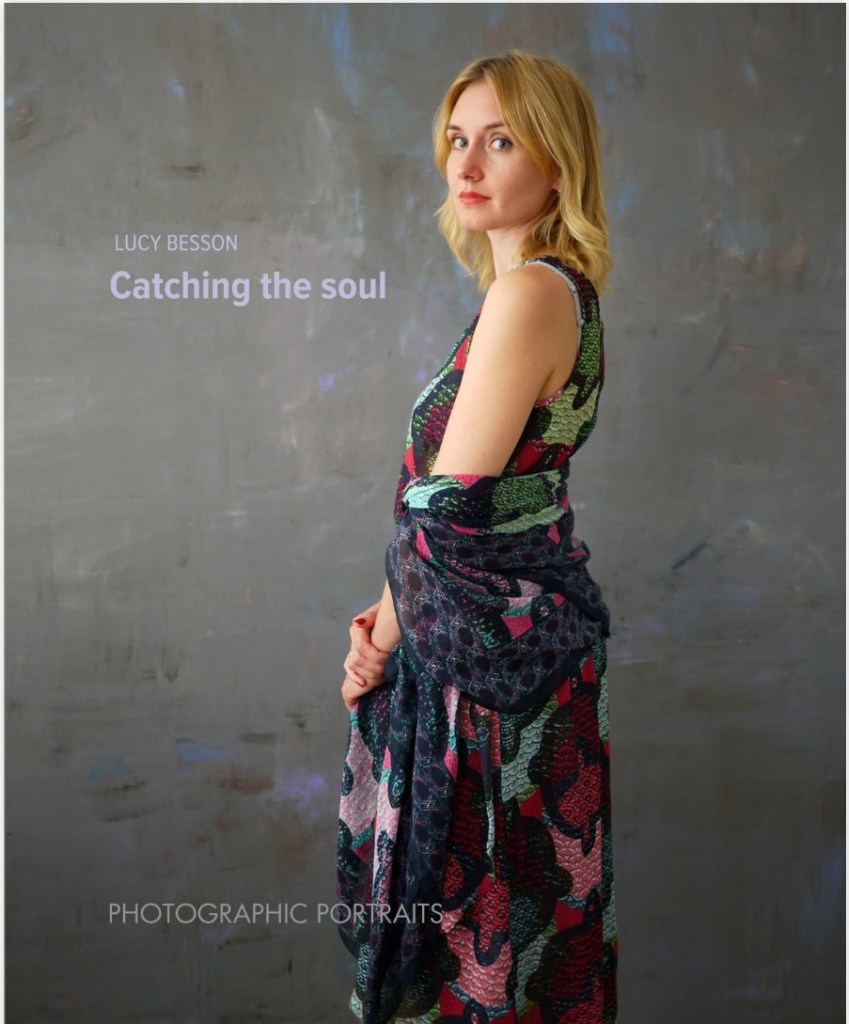 Catching the soul
by Lucy Besson
After 25 years working on commissioned portraits I have collected the photographs that have a special place in my archives. With the passage of time these portraits have gained new meaning and new value to me as a photographer. This book presents a series of photographs that had originally been intended to be used as a ‘script’ for portraits which were to have been painted subsequently. For some reason the choice had in the end fallen on other images than those presented here. Because I was trained in the academic tradition of painting and I have always been inspired by the old masters such as Andrej Roebljov, Hans Holbein, Vermeer van Delft and the others, the way I perceive the sitter in my role as a photographic artist is also influenced by this classical tradition. I conform to a minimalistic style of portraiture with an empty but coloured background which accentuates the silhouette of the sitter as in an icon.
Publisher: Lucy Besson