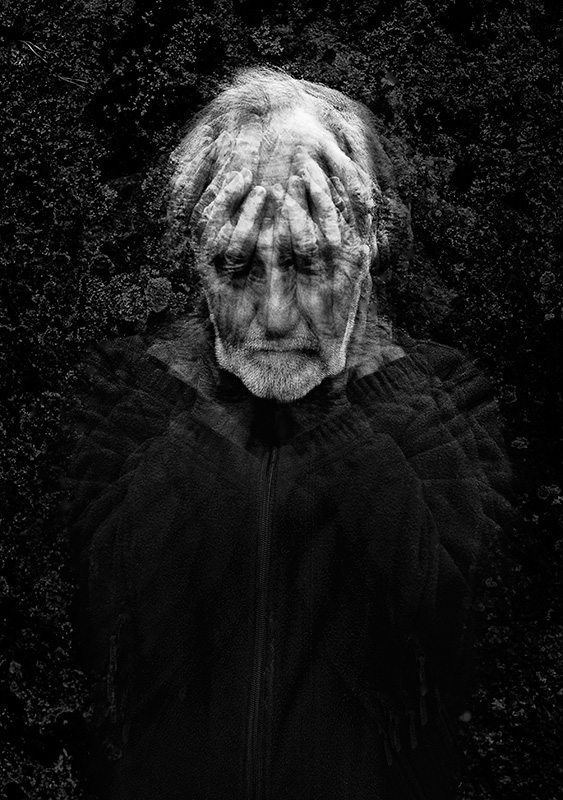 Ending
by Leif Sandberg
Life took a real turn when, as Leif Sandberg at 64 learned that he might have pancreatic cancer. During the struggle that followed, he initiated a project where he, through the use of images, conveyed not only the emotional roller-coaster of dealing with the illness, but also the coming to terms with the harsh realisation that the ageing process had really taken its toll. From the start, the focus was not only on dealing with the fact that life was coming to an end – a thought stemming from the anxiety attacks brought on by years of career stress. The act of photographing also constituted a form of therapy, and the images also came to depict the true significance of his forty-year relationship with his partner. It's all about death. Leif Sandberg has participated in workshops with, among other notables. Anders Petersen, JH Engström, Roger Ballen and Antoine d'Agata. Over the course of these workshops, the material slowly emerged, and the series Ending eventually resulted in well-received exhibitions at the Landskrona Photo festival 2014 and at Galleri Ralf in Stockholm 2013/14. Ending is Leif Sandberg's first monograph and he is currently working on a project that picks up where this book leaves off.
ISBN: 978-91-980548-1-1
Publisher: Boecker Books