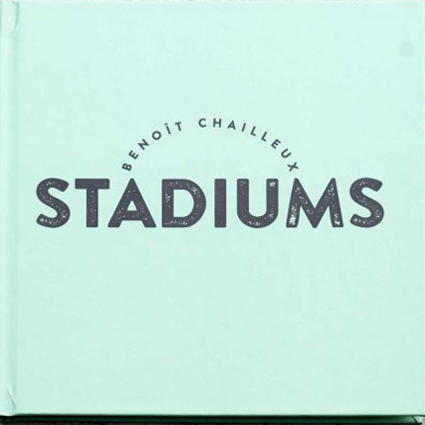 Stadiums
by José De Ameida
A sports field is a standardized, uniform space with precise borders, treated with a suitable coating. The terrain must be flat. It should have the same orientation and proportions depsite any constraints its location may pose. Nothing looks more like a football field than another football field. Yet, environment gives specificity to each one. Factors such as harsh weather and repeated practices alter conformity to the field’s regulated design. This photographic series began when I, like many parents, spent Saturdays on the sidelines of playing fields. The backdrop of the stadium interested me as much as the game itself.

The aim of the series is to focus on each stadium’s peculiarities, their limits, their relationship with the immediate territory, the topographic adaptation and traces left by the players – all those characteristics that make each one authentic and influence its own unique atmosphere.
Publisher: Camera Infinita