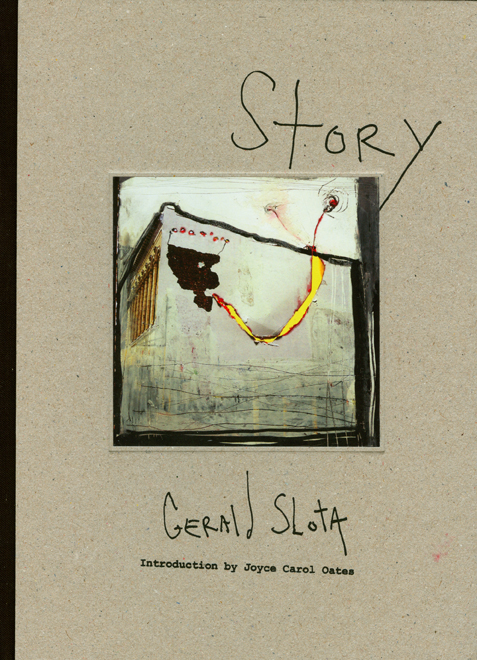 Gerald Slota: Story
by Gerald Slota and Chuck Mobley, Editors
Gerald Slota: Story represents a project many years in the making and includes a selection of 36 photographs, many of them unique, from eight different bodies of work beginning in 1994. This monograph was named one of the “Top 10 Photo Books of 2012” by The New York Times: “You have to respect a monograph whose own foreword likens the pictures to ‘a psychotic arts-and-crafts scrapbooker.’ Slota starts with photographs, his own and others, then scratches, cuts, and writes over them; the results are idiosyncratic, emotional and sometimes disturbing. An accompanying essay by Joyce Carol Oates describes the quick snaps of arrested narrative that make his images so mesmerizing. She writes, ‘Woe to the mere writer whose words appear alongside the artist’s visceral yet dreamlike works of unsurpassing beauty and unease!’ Well put.” Gerald Slota: Story was produced in conjunction with the SF Camerawork exhibition of the same title (September 14 - November 1, 2012).
ISBN: 978-0-9843038-5-4