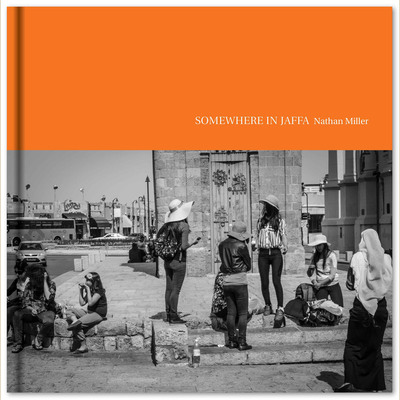 Somewhere in Jaffa
by Nathan Miller
Jaffa’s history goes back to biblical times and is dominated by conquerors including Saladin, King Richard the Lionheart and Napoleon Bonaparte. Jaffa today is part of the city of Tel Aviv in Israel. It is a unique precinct with a diverse population of around 46,000 residents – Jews, Christians, and Muslims – all citizens of Israel. It is also a hub of culture, entertainment, food and tourism.

Jaffa is a place of contradictions. There is a cross-culture of embrace and rejection, political left and right, love and hate, the traditional and the contemporary and all in one small city. In this book I have not attempted a comprehensive study of Jaffa, instead I just aimed to frame moments as I found them in the streets and homes of the city, hoping to capture the ambiance and the diversity of Jaffa, keeping in mind ethnicity, tradition, the old and the modern.

Out of what was originally a “forced” mixed community, comes a unique cultural characteristic that has a life of its own. It has its own genuine vibrant spirit and that is what I have endeavored to show in this book.