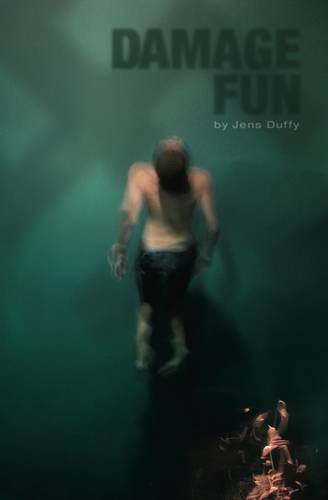 Damage Fun
by Jens Duffy
DAMAGE FUN! The American Military Zone, Germany. 1973. - The Oil Crisis is in full swing. The Cold War is ticking over merrily. English-born, nine-year-old, Irish-German Fergal's parents are trying to kill each other, his older sister tortures him inventively for points, school shelters deranged teachers, and, to top it all off, Fergal has just been diagnosed with SitMut by a mad German doctor who explains that SitMut is Situation Dependent Mutation or Shapeshifting Under Stress, which doesn't mean Fergal needs to be put down as he can be used for scientific experiments. - Such chaos is just not on! Fergal considers himself the epitome of an Englishman who is very definitely out of place in Germany. He wants to go back home to England where things are just brilliant, because they were brilliant before his family moved to West Germany for economic reasons, but now his dad's sports car business is in very bad shape. - Escaping is hard when you are nine. There are perks on Germany's old battlefields though! A lot of ammo left over from WWII is still abundant. You just need to know where to look. Fergal and his friends do know where to look! DAMAGE FUN describes a community still hung over from WWII, where boys really can be boys in their very own utopia of explosions, superb blood-fests, glorious death, and make-believe, until one day reality strikes ...
ISBN: 978-1907227004
Publisher: MundoVerbi