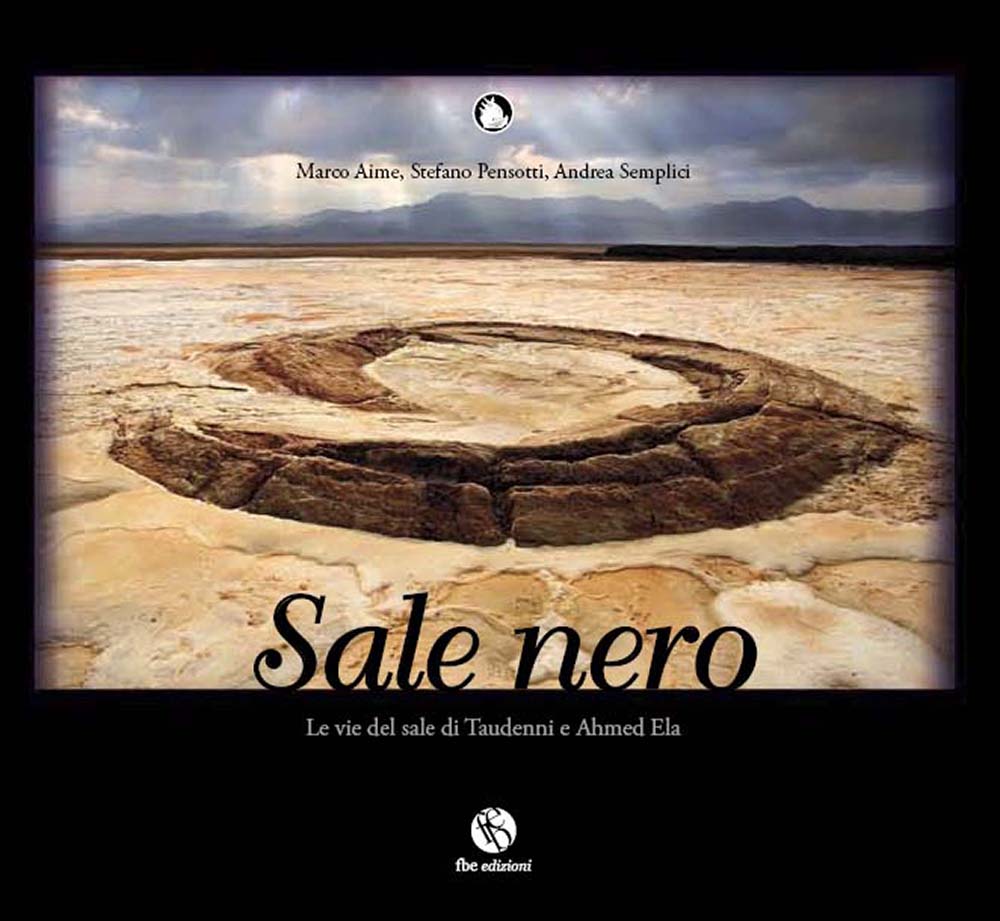 Sale Nero
by STEFANO PENSOTTI
Even today, after the war, the depression of Afar is one of the most inaccessible places on Earth, there are no roads and temperatures are extremely high. The Afar depression, also known as Dancalia divided between Djibouti, Eritrea and Ethiopia, is a ditch that tectonic sinking well below sea level and has the lowest point in Africa at an altitude of -155 m (below sea level) Here are the highest temperatures of the earth with the average values of 34 ° C. From a geological point of view is a triple junction, which is the meeting point of three tectonic plates in constant expansion, which have formed the Red Sea and the Gulf of Aden and Afar triangle in the emerging to the surface. The only other point where a ridge ocean can be studied on the surface is in Iceland. The plain of Afar is slowly expanding at a rate of 1-2 cm per year. The soil is composed mainly of basaltic lava, here are aligned along the tectonic ditch about 10 volcanos in 210 km. The best known of these is the Erta Ale, a shield volcano with a base diameter of 30 km high 500 m. In his wide caldera (1600x700 m) there are two craters. The largest (300-400 m in diameter) in the northern part is now inactive and covered by umaroles. An active lava lake in the crater is more central and smaller, off about 60 meters long and 100 is one of the four volcanoes of the earth lake of lava in the crater. The Dancalia has a bad reputation and a fantastic landscape, travelers, colonial writers, adventurers, have always written that this land is inhospitable and dangerous. Just as they told of the Afar people "ready to kill every alien encounter in which" as a diary written in 1928 by Ludovico Nesbitt. The Afar are a semi-nomadic ethnic group, they are farmers always looking for new pastures and new water hole From Makalle descend into Dancalia along the northern slopes of the salt caravans. More than 2000 meters sull'altopiano Ethiopian descend into little more than 170 kilometers to the plain of salt, a blinding desert where salt is thick blanket over a kilometer. For millennia the Afar salt comes in the markets on ethiopian plateau, every day, thousands of dromedaries, mules and donkeys, between autumn and late spring, carrying 300 tons of salt. In four days of travel, the caravan reached the plain of salt, 4 kilometers before the place where the salt is extracted, stop at the village of Ahmed Ela, "Ahmed's water hole." Here spend the last night before reaching the quarry, where each caravan met the team of workers who procure salt. Ahmed Ela in fact very vaguely recalls a village with its huts of branches disconnected, ghost houses that do not offer any shelter, a hut that serves as a bar and that at times of warm drinks, and the military post Ethiopian army to guard the dangerous border with Eritrea, which lies a few kilometers from here. The village was founded about 20 years ago at the end of the conflict between Asmara and Addis Ababa, living here for 10 months a year the approximately 500 salt quarry. Their system of work is elemental and sophisticated at the same time. There are Christians Tigrini, people of the plateau that deal with breaking the crust of salt, and the Afar Muslims who work the slab in order to draw the ganfur. There are no monopolies. There can be no rivalry. Christians and Muslims, in a land shaken by religious tensions, geological earth Consequently, military confrontation on the border insecure, have found a valuable deal on a precious economy: thousands and thousands of families who live with trade of salt in an extraordinary economy of solidarity in a land so difficult.
ISBN: 978-8889160930
Publisher: Edizioni Fbe Milano