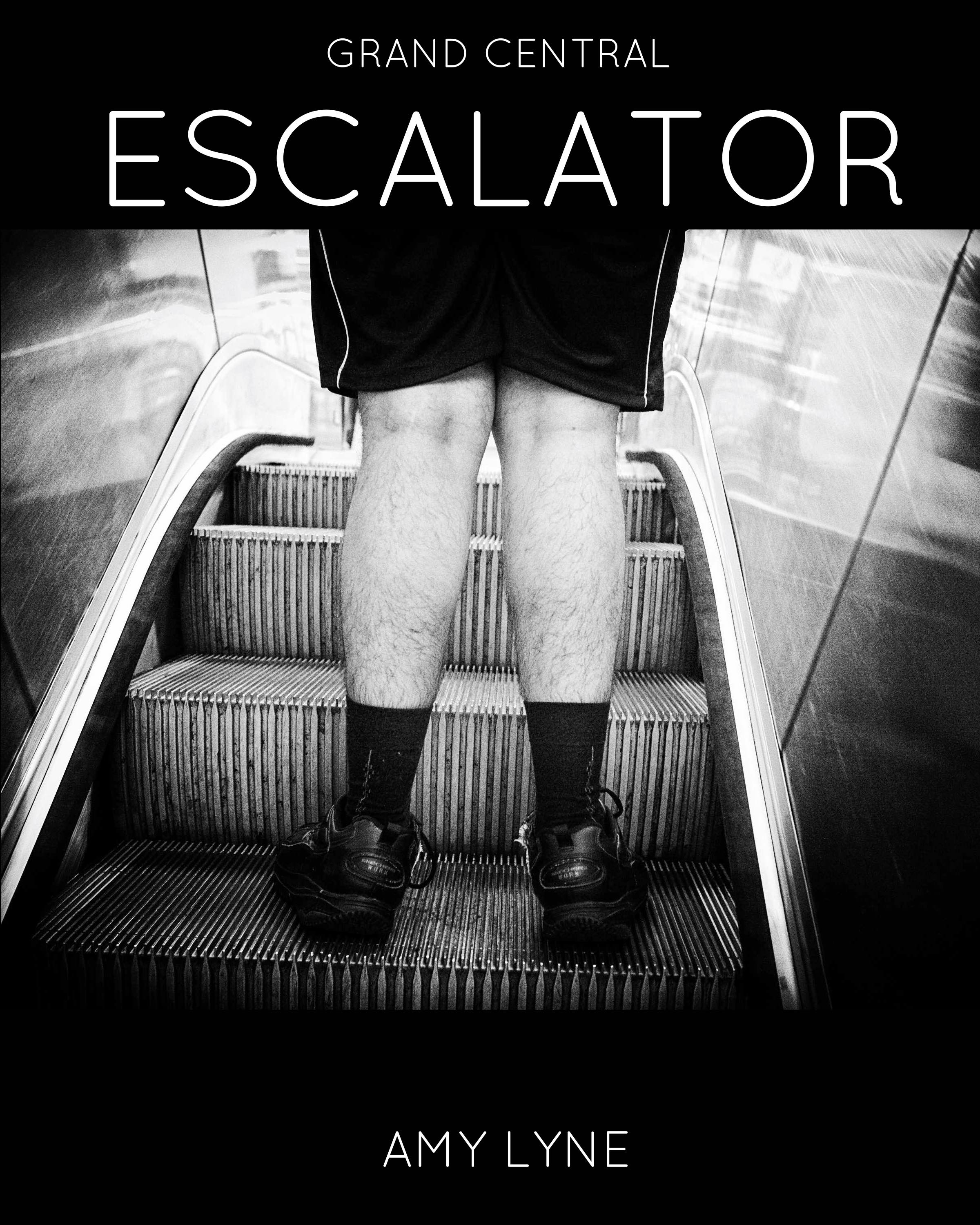 Grand Central Escalator
by Amy Lyne
These photographs were shot at Grand Central Terminal in New York City. The station is an iconic landmark. There is a constant flux of people- a photographer’s feast for the eyes. It doesn’t matter if I stop, stare, pace back and forth or walk in circles. Everybody at Grand Central is doing just that, as commuters wait for their train or try to find one. I decided to hone in on an escalator at Grand Central, where people stood still, while (ironically) in motion. It was the one place in the station where the cacophony of movement streamed into one line. Here, people stared into space, disengaged, while others acknowledged me, even performed for me. Then they were gone... I stood for hours at a time, overlooking one spot. Some days, I was lucky. There would be plenty to see and my finger would cramp, as I relentlessly pressed the shutter button. Other days were dismal and I wondered what I was doing, and whether I should continue. Then SNAP! I would see something that would give me encouragement and I would push on... Here is some of what I saw.