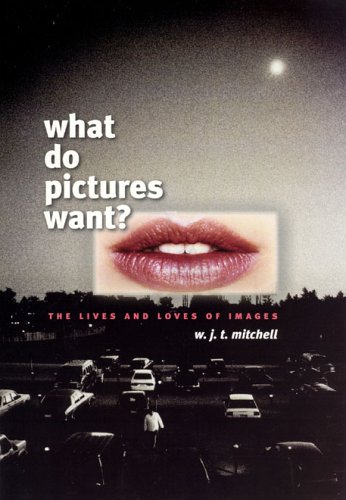 What Do Pictures Want?: The Lives and Loves of Images
by W. J. T. Mitchell
Publisher's Description
Why do we have such extraordinarily powerful responses toward the images and pictures we see in everyday life? Why do we behave as if pictures were alive, possessing the power to influence us, to demand things from us, to persuade us, seduce us, or even lead us astray? According to W. J. T. Mitchell, we need to reckon with images not just as inert objects that convey meaning but as animated beings with desires, needs, appetites, demands, and drives of their own. What Do Pictures Want? explores this idea and highlights Mitchell's innovative and profoundly influential thinking on picture theory and the lives and loves of images. Ranging across the visual arts, literature, and mass media, Mitchell applies characteristically brilliant and wry analyses to Byzantine icons and cyberpunk films, racial stereotypes and public monuments, ancient idols and modern clones, offensive images and found objects, American photography and aboriginal painting. Opening new vistas in iconology and the emergent field of visual culture, he also considers the importance of Dolly the Sheep—who, as a clone, fulfills the ancient dream of creating a living image—and the destruction of the World Trade Center on 9/11, which, among other things, signifies a new and virulent form of iconoclasm. What Do Pictures Want? offers an immensely rich and suggestive account of the interplay between the visible and the readable. A work by one of our leading theorists of visual representation, it will be a touchstone for art historians, literary critics, anthropologists, and philosophers alike.
ISBN: 0226532453
Publisher: University Of Chicago Press
Hardcover : 408 pages
Language: English
Dimensions: 6.5 x 9.5 x 0 inches