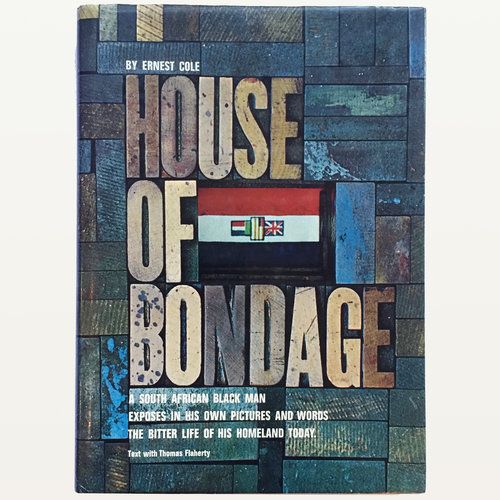 House of Bondage
by Ernest Cole
First published in the United States in 1967 and in Britain in 1968, House of Bondage presented images from South Africa that shocked the world. The young African photographer had left his country at 26 to find an audience for his stunning exposure of the system of racial dominance known as apartheid. In 185 photographs, Cole’s book showed from the vantage point of the oppressed how the system closely regulated and controlled the lives of the black majority. He saw every aspect of this oppression with a searching eye and a passionate heart.

House of Bondage is a milestone in the history of documentary photography, even though it was immediately banned in South Africa. In a Chicago Tribune review of 1967 Robert Cromie described it as “one of the frankest books ever done on South Africa—with photographs by a native of that country who would be most unwise to attempt to return for some years.” Cole died in exile in 1990 as the regime was collapsing, never knowing when his portrait of his homeland would finally find its way home. Not until the Apartheid Museum in Johannesburg mounted enlarged pages of the book on its walls in 2001 were his people able to view these pictures, which are as powerful and provocative today as they were 50 years ago.
ISBN: 978-3-95829-346-5
Publisher: Steidl