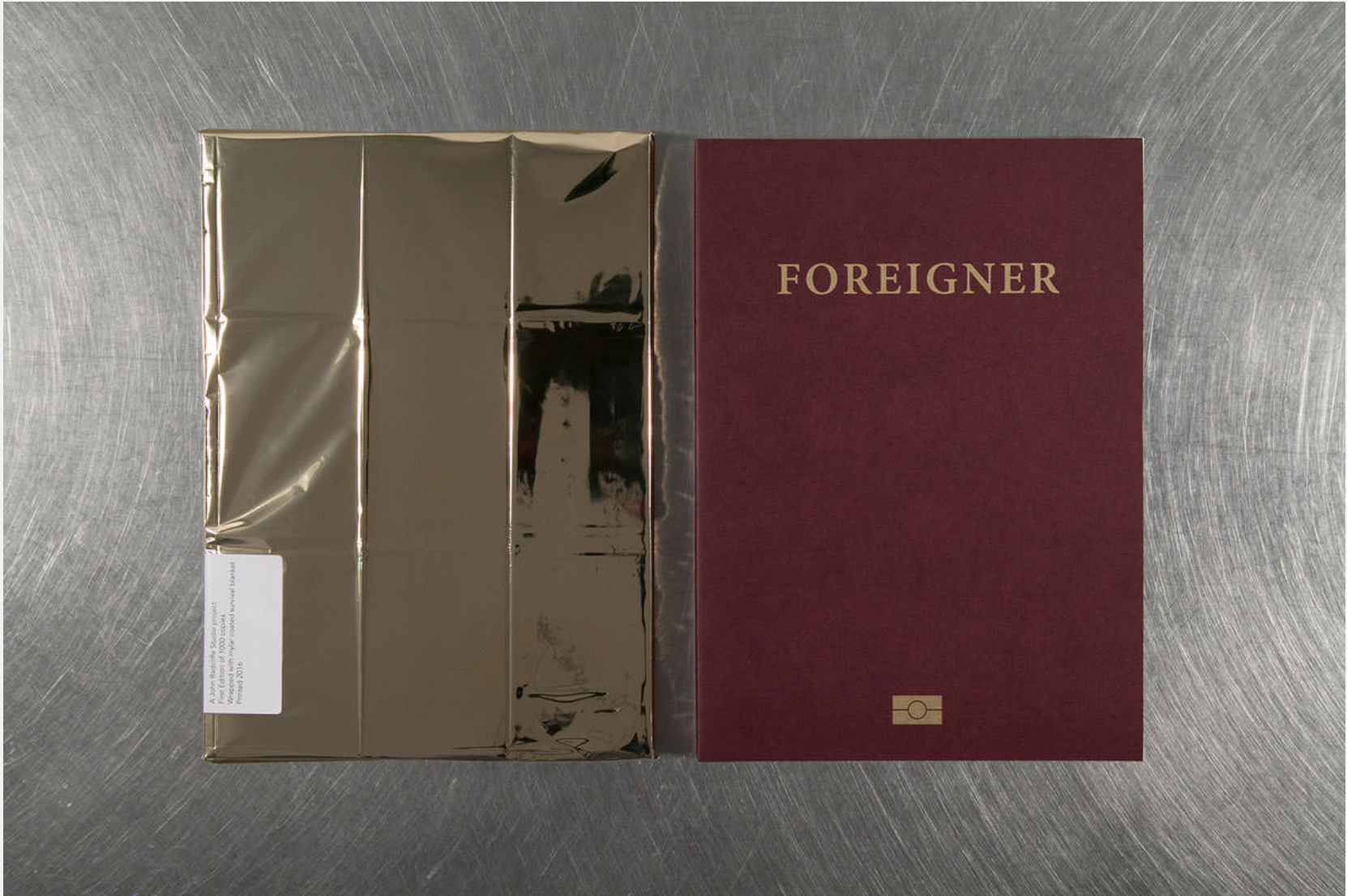 Foreigner: Migration into Europe 2015–2016
by Daniel Castro Garcia (Author, Photographer), Jade Morris (Contributor), Thomas Saxby (Designer)
‘Foreigner: Migration into Europe 2015–2016’, is the culmination of a year's work spent documenting lives of people at various stages of their migration to Europe. It is divided into three sections, focusing on migration to Italy from North Africa, migration to Greece and through the Balkans from the middle east, and the migrant camps in Calais, France and Idomeni, Greece.

The book was created to offer an alternative to the imagery being used by the mainstream media to depict Europe's refugee and migrant crisis. We wanted to approach the subject from a calmer perspective, using photography as a means of meeting the people at the centre the crisis face to face - and of learning something about their lives.

In 2016 the book was shortlisted for the Mack Books First Book Award, and the Paris Photo-Aperture Foundation First Book Award. The first edition of 1,000 copies is now sold out. In 2017 Daniel Castro Garcia was awarded the British Journal of Photography's International Photography Award for the photographs reproduced in this book.
ISBN: 9780995554603
Publisher: John Radcliffe Studio, 2016