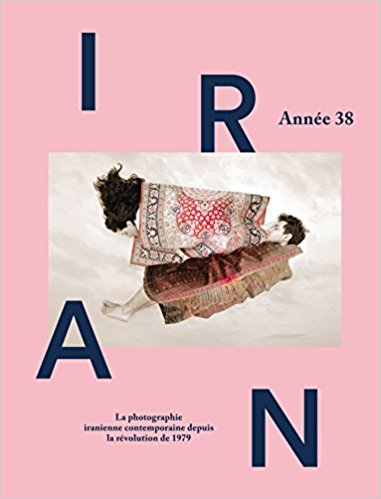 IRAN, ANNÉE 38
by Danial Khodaie
The 20th-century history of Iran was one of turmoil. In the span of a few decades, the ancient country passed from a centuries-old dynasty to a self-declared monarchy, then through a period of brief democratization and finally a Western-sponsored coup d’état. Ultimately, and most decisively, in 1979 the country underwent an Islamic Revolution, whose repercussions are still being felt today.

From amidst this tumultuous and uncertain period, great photographers (and memorable images) emerged. From the Iranian side, photojournalists like Abbas and Reza made work within the country, and later, while in exile, across the globe. From abroad came Gilles Peress and countless others who embedded themselves in Iran and captured remarkable photographs that communicated the country’s historic transformation to the outside world.

At this year’s Rencontres d’Arles, the dynamic Iranian photographer (and member of Magnum Photos), Newsha Tavakolian, has collaborated with the celebrated Tehran-based gallerist Anahita Ghabaian Etehadieh to produce an overview of Iranian contemporary photography since 1979. Titled “Iran, année 38,” to mark the 38 years that have elapsed since the Revolution, the book and exhibition present a broad and yet impactful selection from the country’s unique visual history.

In total, 62 photographers have been gathered together. Besides some of the country’s grand masters, a large majority of the image-makers in this selection were born after 1979, meaning they are truly children of the Revolution. Their youth belies the originality and strength of their work—this is an impressive collection of talent.

Below, we have excerpted a short introduction to the exhibition that will show at this year’s festival in Arles—