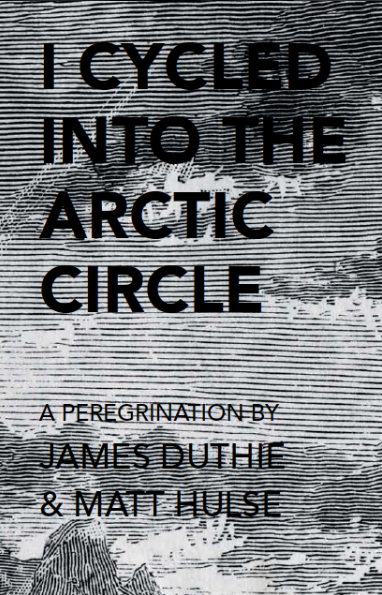 I CYCLED INTO THE ARCTIC CIRCLE: A PEREGRINATION
by JAMES DUTHIE & MATT HULSE
Artist filmmaker Matt Hulse’s newly revived and revised edition of deaf Scotsman James Duthie’s rare journal I Cycled into the Arctic Circle (1951) brings the cyclist’s original text into play with the filmmaker’s own frank reflections on the complicated 13-year journey that led to his film adaptation Dummy Jim (2013).

Communications between Hulse and his many creative collaborators - without whom the kaleidoscopic project would never have seen the light of day - complete this rich volume.