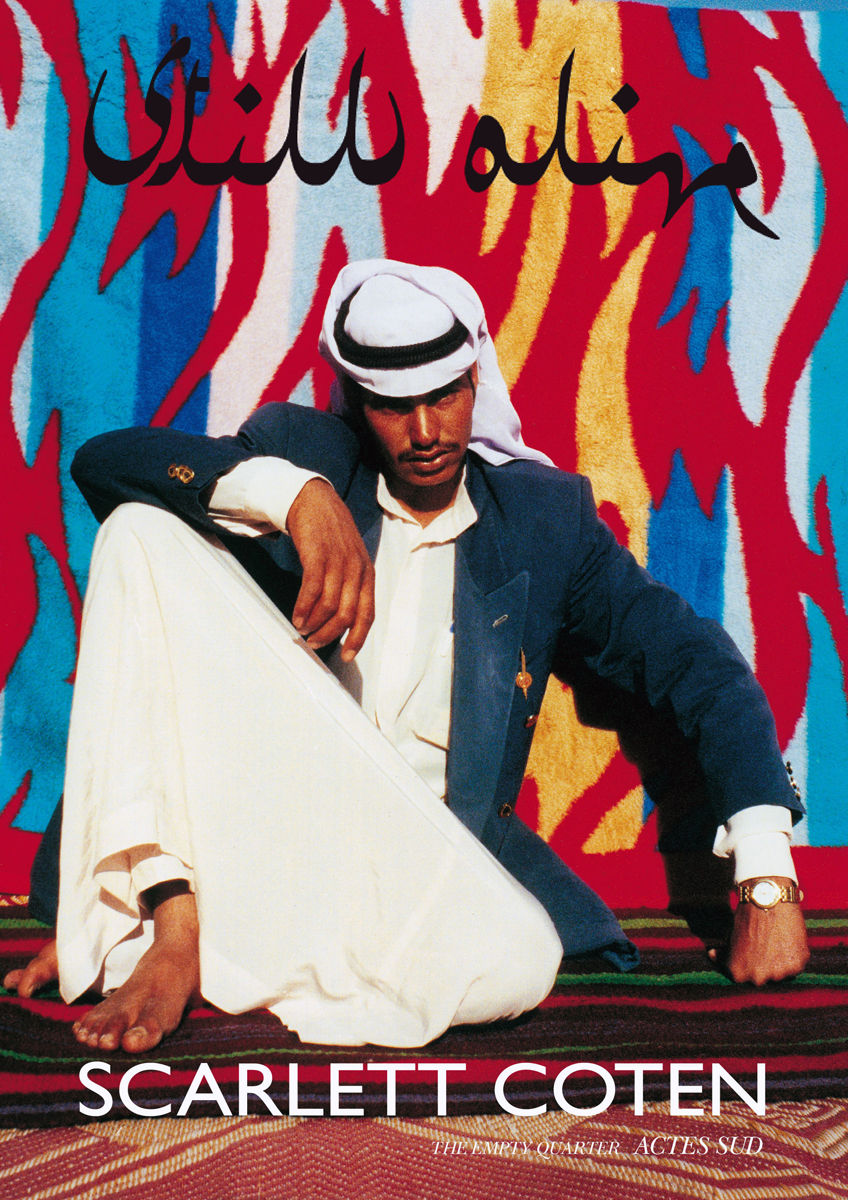 Still Alive
by Scarlett Coten
Still alive is a joyful desert. A plunge into the little known Egypt of the Bedouins. As a concept for a photographic series, “at home with the Bedouin” has a vaguely impertinent ring to it. When you’re dealing with a people so powerfully associated with a particular topography and a particularly romantic idea of nomadism, a series of intimate portraits shot in domestic interiors might seem like an attempt to deflate their myth – it comes across, in the end, as a celebration. First there’s the title: Still Alive, taken from the triumphant words that greeted Coten each time the French photographer met the tribal community that she spent three years following around the Sinai desert. Then there’s the fact that we never really get backstage after all. Coten’s subjects are posing for us, performing their versions of the “relaxing at home” tableau familiar from Hello! magazine. In their cheerful-under-fire way (“Still alive!”), Coten’s subjects have stage managed their scenes with her. We’re at home with the Bedouin, but as a guest, not a fly on the wall.
ISBN: 9782742787241
Publisher: Actes Sud / Oct 2009