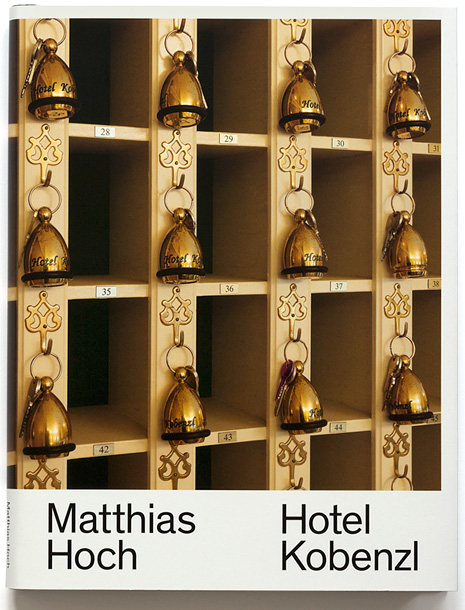 Hotel Kobenzl
by Matthias Hoch
The Hotel Kobenzl in Salzburg, located in the hills above the city, is a well-known former luxury hotel. When photographer Matthias Hoch and author Andreas Maier first visited the Kobenzl, it had already stood vacant for years. The splendour of the former five-star hotel now has something one might affectionately call patina (Die Zeit). In Matthias Hoch’s photographs, which scrutinise the surfaces and structures of the premises, a vibrant presence emerges from the preserved past. Complemented with archive material they highlight the commingling of homeland and hospitality with the notion of exclusivity and luxury. A surprising twist in the hotel’s history occurred when it was converted into a ‘refugee distribution centre’. Overnight, the erstwhile advertising slogan (‘The world is at home at the Kobenzl’) took on a whole new meaning.