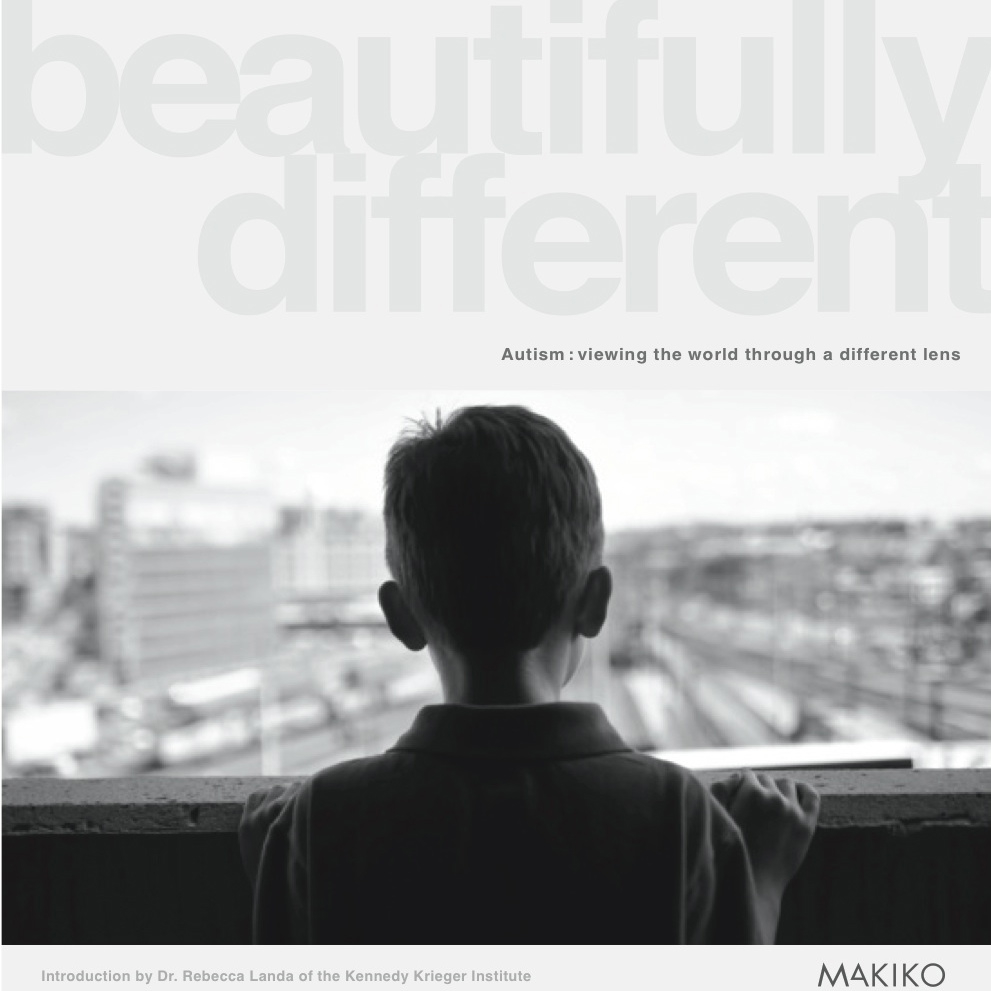 Beautifully Different
by MAKIKO
Beautifully Different is a photographic book about children with high-functioning autism who attended a programme run by Dr. Rebecca Landa at the renowned Kennedy Krieger Institute (KKI) in Maryland, U.S.A., which offers some of the best early intervention therapy in the world. As the number of diagnosed cases of autism increases exponentially, media coverage of the disorder grows more prevalent. However, the cases most often highlighted are those that are the most severe. The focus on these children may sound the alarm to the public, but it leaves a certain group on the sidelines. Those with high-functioning autism are rarely profiled in the media. Highly verbal, remarkably intelligent and often phenomenally gifted, they represent the bright side of the disorder. They can show us that an autism diagnosis need not be a dead end, but rather a diversion. This book hopes to shed light on this. All of the children in the book were treated in Kennedy Krieger Center for Autism early intervention program, that was designed by Dr. Landa, and have improved their deficits remarkably over the years, making the book an inspirational read. The children mark their milestones throughout the book, giving a rarely-seen insight into the effects of autism.
ISBN: 9781783063895
Publisher: Troubadour