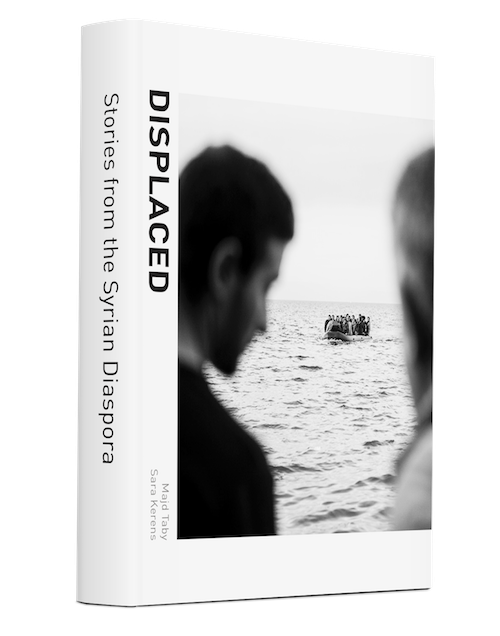 Displaced: Stories from the Syrian Diaspora
by Majd Taby and Sara Kerens
By October 2015, thousands of refugees arriving in Turkey could find themselves on a boat to Greece just hours later. Syrians, Iraqis, and Afghans began viewing the trip as the only viable alternative to their dire situation. Smugglers became well known, and the trip was well documented. The journey became demystified, eroding the barrier of fear around it. By the end of 2015, more than one million refugees had sought asylum in Europe. Their stories are the subject of this book.

International media has documented the crisis through a macro lens. In contrast, Displaced shines a light on the individuals behind the crisis and their struggle to rebuild and move forward with their lives.
ISBN: 9780692975619
Publisher: Blanchette Press