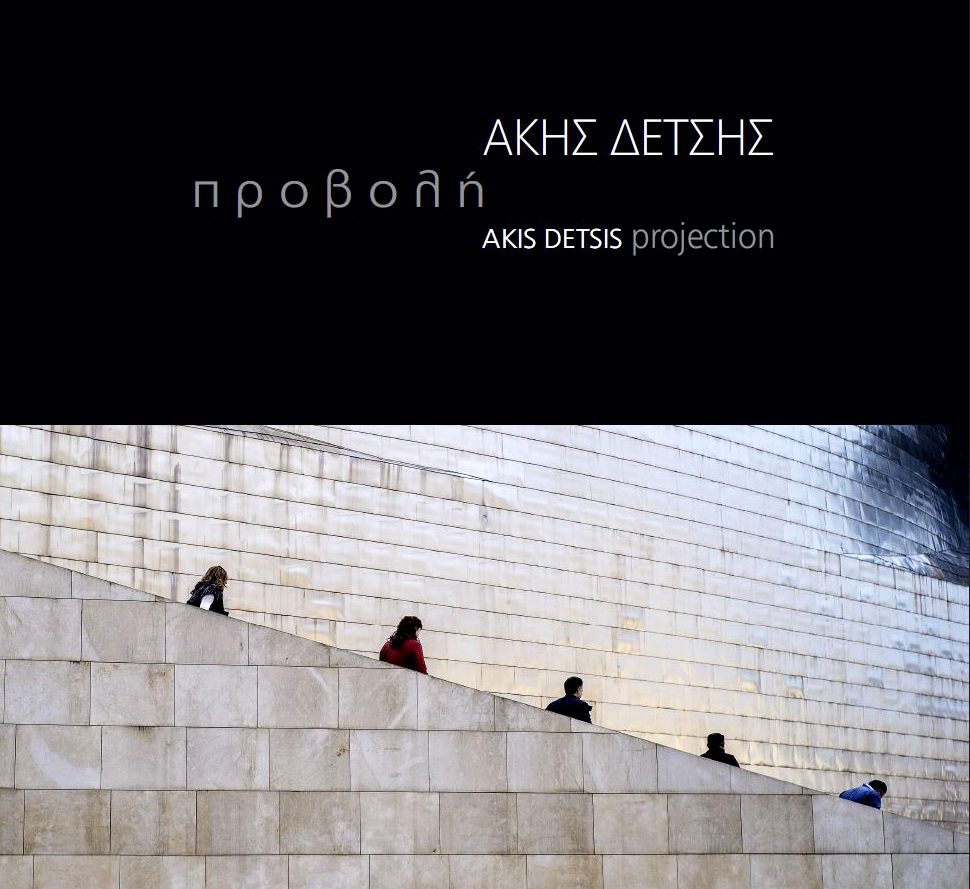 Projection
by Akis Detsis
projection (noun): 1. an image or representation of an object formed on a surface from elsewhere; the action of forming such an image; the process of projecting an image on a film, slide, etc., on to a screen for viewing. 2. the drawing, especially on mathematical principles, of a map or plan of a surface, or of a two-dimensional diagram of a three-dimensional object; the representation of a spherical surface on a plane surface. 3. (geometry) the drawing of straight lines or rays (especially from a fixed point) through every point of a given figure, usually so as to intersect a surface and describe on it a new figure each point of which corresponds to a point of the original; also, the resulting figure. Μore generally: a representation of a figure on a surface according to a particular system of correspondence between its points and the points of the surface; an analogous operation performed in a space of different dimension. 4. (mathematics) a homomorphism that maps a vector space, etc., into a part of itself such that each element of the part is unchanged by the mapping. 5. the action of placing a thing or part so that it sticks or stands out, or projects beyond the general line or surface; the fact or condition of being so placed as to project; jutting out, extension. An object which projects or extends beyond the adjacent surface; a projecting part or thing. 6. the action of forecasting or estimating future events, based on current trends or data; an instance of this; a prediction, a forecast. 7. (theatre) the action of conveying a particular image or impression to others; the ability to impress one’s presence on others, or to communicate one’s character or personality; depiction, representation of (oneself or one’s attributes). 8. (psychology) the process of causing thoughts, ideas, or emotions to exist, or appear to exist, in the external world; an instance of this, a mental image visualized or regarded as a reality. 9. (psychology) the unconscious transfer of one’s desires or emotions to another person or some external object. 10. (psychology) spatial localization of a sensory impression.
ISBN: 978-960-93-9245-7
Publisher: self publication