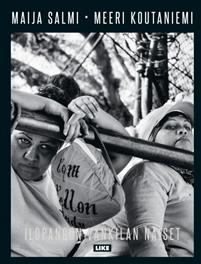 Ilopangon vankilan naiset
by Meeri Koutaniemi, Maija Salmi
Prison of Ilopango near of the country’s capital San Salvador is designed for 220 women but at the moment it is a home for over 2200 inmates.

Internationally Ilopango is known for the famous “Las 17”, the 17 women who are suffering over 30 years’ sentences because of abortion. Since 1998 El Salvador has banned all abortions and law prohibits it strictly even if pregnancy warns mothers life.

Nevertheless, nowadays also every miscarriage is suspected to be an abortion or murder and at the moment at least 25 women are behind the bars because of miscarriage which court has seen as a second grade murder.

“I was nine months pregnant when I felt strong pain in my stomach. I was scared that something is wrong and called an ambulance and finally police because ambulance never came. Then I lost my consciousness and woke up at the police station. First I didn´t even realized what had happened till they told me that my baby is dead and I will be accused of second grade murder”, Teodora Vasquez
Publisher: LIKE