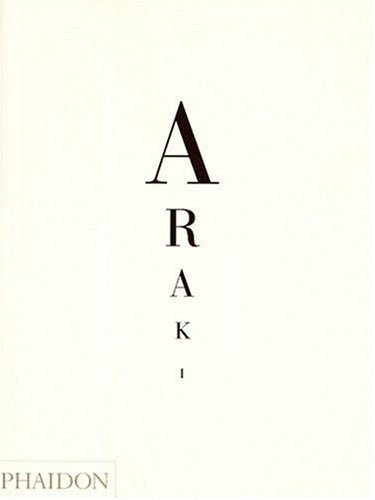 Nobuyoshi Araki: Self, Life, Death
by Akiko Miki
Publisher's Description
Edited by Akiko Miki, Yoshiko Isshiki and Tomoko Sato; essays by Ian Jeffrey, Akiko Miki, Yuko Tanaka and Jonathan Watkins; interview by Hans Ulrich Obrist; annotated bibliography by Kotaro Iizawa. Born in 1940, Araki is the contemporary of Japan's other great post-war photographers - Daido Moriyama and Shomei Tomatsu. And yet he epitomizes a new era and a new approach. Where the work of Moriyama and Tomatsu was inflected by the experience of war, atomic devastation and the humiliations of American occupation - which found expression in disintegrated, abstracted black and white - for Araki, the war was in the past. His photographic vocabulary was influenced by the vivid colours and glossy imagery of the new commercial culture. Until 1972, he worked for the Dentsu Advertising Agency. Araki was different in making his own life and feelings the central subject of his work: he didn't report on the world around him, like Moriyama, but on himself. Even when photographing the urban landscape, Araki rarely strays from his immediate neighbourhood in Tokyo. His first book, "Sentimental Journey", 1971, an intimate account of his honeymoon with his wife Yoko, heralded the beginning of 40 years of 'I-photography' (a word he derived from the 'I-novel' a form of popular Japanese fiction written autobiographically and in the first person). For Araki, photography began as a visual diary which grew and grew into a hyperactive, obsessive-compulsive flood of images until the point of separation between his life and his photography crumbled. "Photography is Life!" he declared. He photographs as continuously as he breathes. And he makes few distinctions between good or bad images. Araki is passionate about photography and equally passionate about sex. Sex is the energising life force: and the act of photography is itself an erotic act, a declaration of his energy and desire for life. Women are his main subject - but they are also his medium: "Woman is photography...I think that all the attractions in life are implied in women. There are many essential elements: beauty, disgust, obscenity, purity." Araki's quintessential kinbaku shots - gorgeous geishas bound in rope or wire, dangling helplessly from the rafters - have a complex and critical relationship to the culture in which they exist, something often misunderstood by Western feminists. In Japan, it is prohibited to depict pubic hair. Araki's highly aestheticised nudes broke social taboos: on several occasions his exhibitions have been raided and he has been arrested by the police. Like de Sade many years before him, Araki can be seen as using pornography to challenge restrictive social conventions. Athough Araki himself is typically romantic about his kinbaku images: "I only tie up a woman's body because I know I cannot tie up her heart."
ISBN: 0714845558
Publisher: Phaidon Press
Hardcover : 720 pages
Language: English