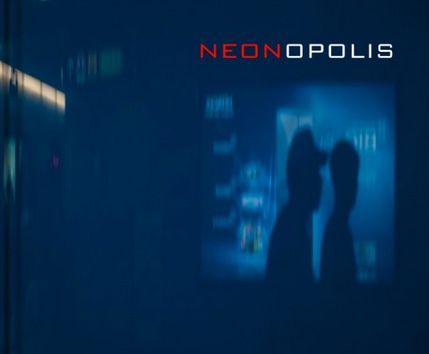 Neonopolis
by Richard Mark Dobson/Jason Gagliardi
In this series I revisit my former home, Hong Kong. As I witness people dashing through pouring rain along wet, congested Wan Chai streets, of pavements shimmering with iridescent hues, cinematic fantasies flash through my mind. Things seem to have come full circle. Twenty years after the handover from British to Chinese rule, 20 years after I left, the city once again enraptures me. Just as the notorious Walled City of Kowloon inspired the bleak, neon-soaked, perpetually dank and rain-soaked dystopia of Blade Runner, so does its sequel now cede to the alternate reality of Neonopolis; a realm strangely futuristic all the while rooted in the present. Taking the basic principle of street photography ie. capture reality as it happens, my images are paired here with the original writing of Jason Gagliardi, so as to warp that reality into a quasi fictional narrative akin to a science fiction film. Through a glass darkly, I hold up a mirror to the twisted skeins of stories being played out on the seething streets. Welcome to Neonopolis.
Publisher: Blurb