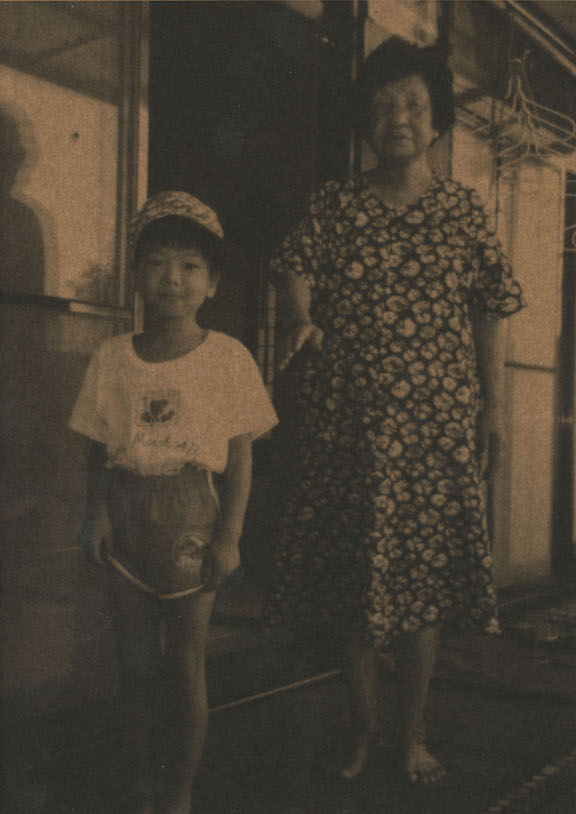 The Absence of Two
by Akihito Yoshida
In Miyazaki Prefecture in Kyushu, Japan, there is a town called Kunitomi. In this small and peaceful rural place, Akihito Yoshida’s grandmother and his cousin Daiki were living together. His grandmother raised Daiki since he was a child. They were living in the same house, eating and sleeping in the same room together. One day Daiki said, “ I’ll take care of grandma until she dies.” True to his word, Daiki remained by her side, continued to live with her and fully devoting himself to her care. The photographer had observed their everyday life and began photographing them, as a family member and also as a photographer. This was supposed to come to an end with his grandmother’s death, which was expected in the not-so- distant future, but one day the end came unexpectedly. Daiki suddenly went missing. Almost a year has gone by without any clue of his whereabouts. Then one day, Daiki’s body was found in the forest. He had taken his own life. The following year his grandmother passed away.  What remained behind were countless photographs of their life together. Through those photographs, the photographer tries to reach out to them, try to engage in a dialogue with them. This is the love story of their life together.