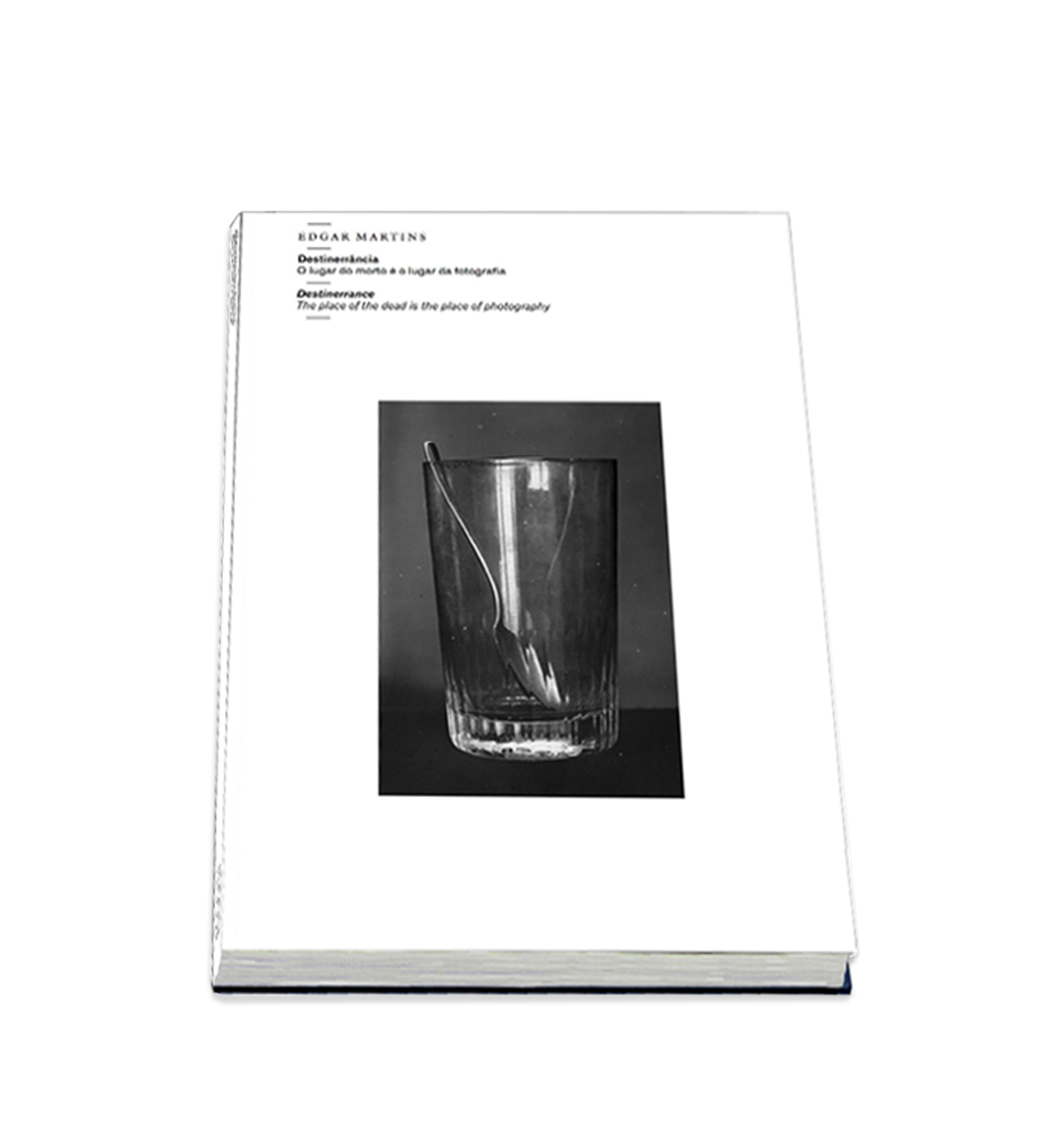 Destinerrance
by Edgar Martins
Few photographers have created such a powerful reflection upon the contemporary regimes of visuality, the use of photography in an institutional context, and how photography relates with life and death as Edgar Martins. This publication bring us a methodical study of Edgar Martins’ artistic process, particularly the process of conception and exhibition of his project Siloquies and Soliloquies on Death, Life and Other Interludes, which was presented in an extended format (under the title Destinerrance) at the José de Guimarães International Arts Centre, Portugal, between January and May 2017. This project is the culmination of a body of work prepared over a long period of time which featured more focused exhibitions in Lisbon, at the MAAT and at Cristina Guerra Contemporary Art; in Liverpool, at Open Eye Gallery; in Oxford, at the Oxford Photography Festival (Barn Gallery, St. John’s College); in Arles, at Rencontres D’Arles 2017, amongst others. Martins’ research took him to the archives of the National Institute of Legal Medicine and Forensic Sciences, Portugal, the institution which holds legal jurisdiction over one’s body following death. The resulting visual reflection has resulted in an intense exhibition, on the power of the photographic and graphic image to retain the memory of the body, which bridges or is about to bridge the boundary which separates life and death, breathing and ossification. Thus, by using images from the INMLCF’s archive – photos, drawings, and charts, for example – as well as original photographs, Martins’ exhibition at the CIAJG and, by extension, this publication, constructs a unique moment in which we are called to consider photography’s role in the intelligibility of death.
ISBN: 978-989-8474-43-8
Publisher: The Moth House