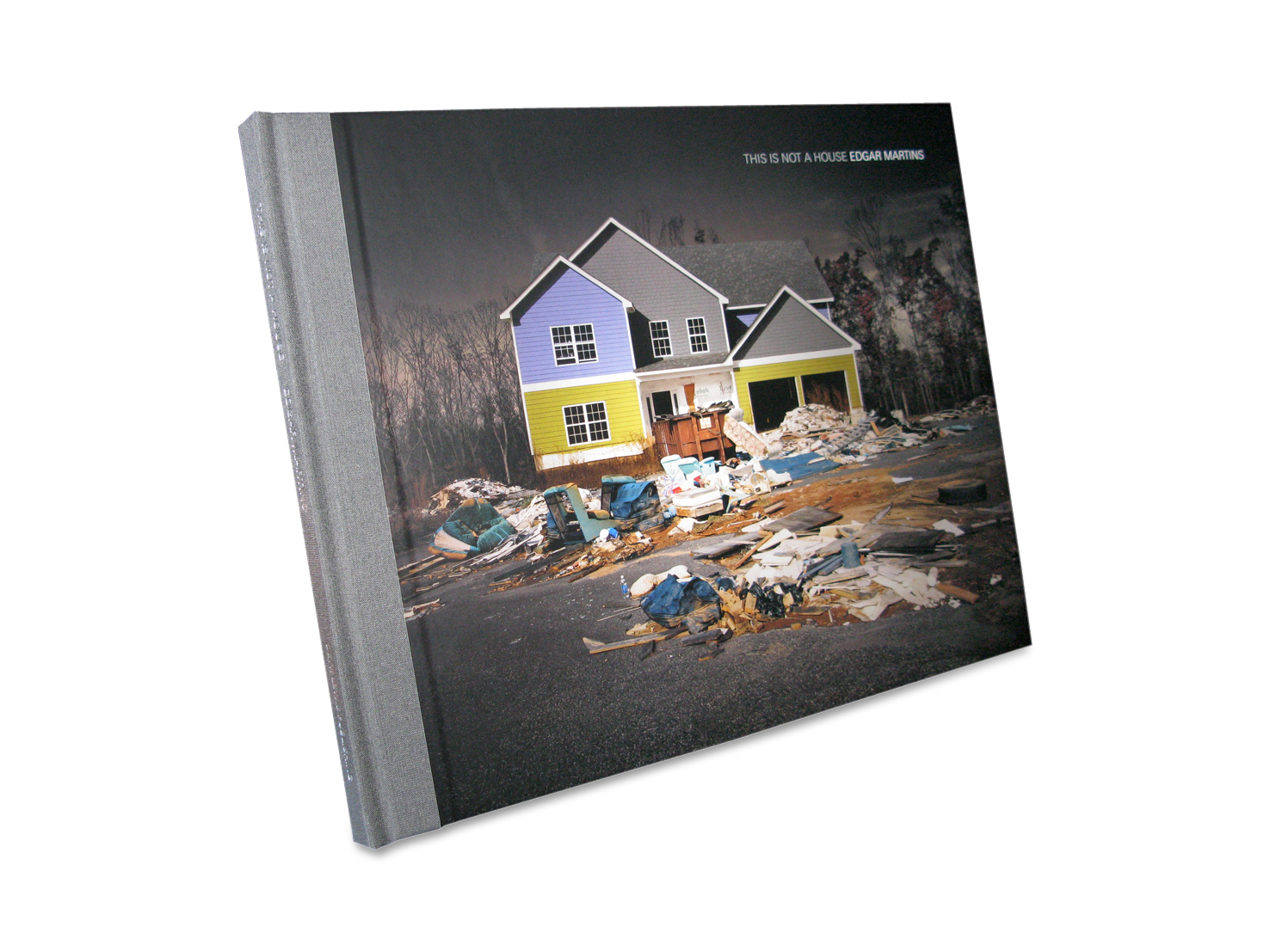 This is not a House
by Edgar Martins
Shot in sixteen different locations, across eight separate states, this work catalyses and reunites fresh experiences of a new form of American architecture by summoning a disquieting conjunction of realism and fiction. In a study that goes beyond pure formal investigation and documentation Martins creates a poignant commentary on the financial ruin and bankruptcy that struck the lives of many thousands of people.

According to the author Peter D Osborne (who contributes an essay to the book), “This is not a House plays on the borders between what Ranciére calls, ‘the logic of facts and the logic of fictions’; it is itself formed from that relationship, a product of another crisis in which the categories of Art Photography and Documentary Photography have not so much fallen apart as fallen into each other. Martins’ work is the bearer of the crisis it engages with, a crisis that is only in part economic. More immediately the manifest theme of This is not a House places it at a point where parallel themes converge, each governed by a fear of the loss of reality: the concern that digitalisation has undermined photographic realism and compromised any truth-telling facility in the medium and beyond; and the fear of Wall Street’s undermining of what is interestingly referred to as the real economy”.