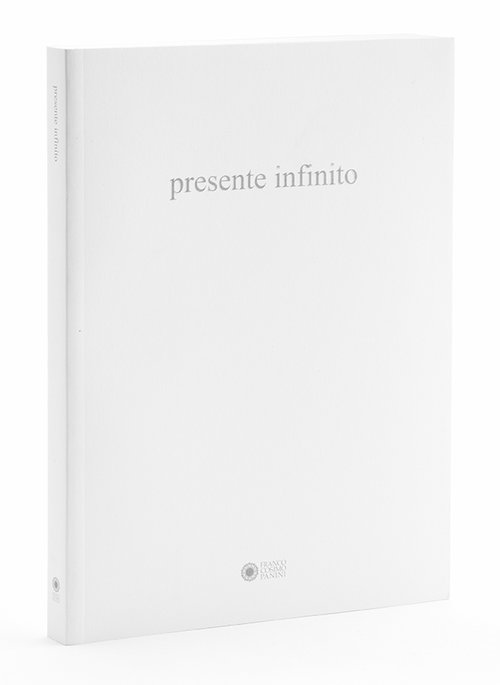 Presente Infinito
by Presente Infinito (Marcello De Masi, Luigi Fiano, Lorenzo Martelli, Alvise Raimondi, Sebastiano Raimondo, Giovanni Scotti)
Presente Infinito seemed to us the right combination of words to represent truthfully the spirit and the gaze that bring us together, and that form the basis of our shared path. The title reflects some peculiarities of the optical image, the expressive form we all use, and a certain way to understand art. On the one hand, it emphasizes the relationship with “Time” and “Becoming”, and, as we shall explain later, with life and death, and therefore with the possibility to isolate a single moment from the flow of instants and “bring it back to present” – that is, to re-present it – making it last, in the form. The act in itself of showing an instant, which, dying and vanishing, would normally escape contemplation, represents the most direct demonstration of how photography can show the invisible.

On the other hand, the title expresses the aspiration to grasp and reveal the depth of that instant, in the awareness that the totality of reality is unfathomable and unknowable, hence the strong act of reduction that all authors carry out through their work. Thus, the reflection on this condition shows through the image, and our attempt consists in expressing powerfully a personal vision and arouse a strong emotion in front of the realization that there is always something bigger than humans, such as beauty and the love that moves us. This can be how the infinite manifests itself in the finite, the invisible in the visible, the unknown in what is known, the immeasurable in the measure. (Marcello De Masi)
ISBN: 978-88-570-0818-9
Publisher: Franco Cosimo Panini Editore