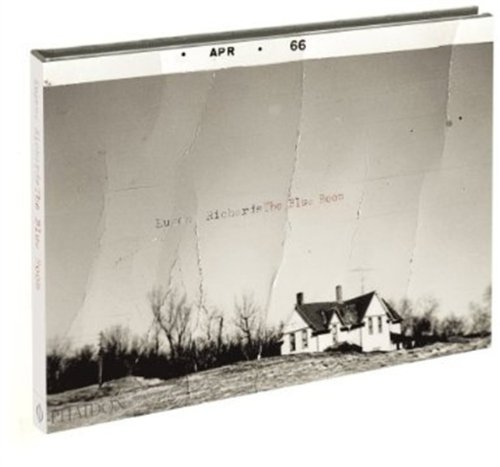 The Blue Room
by Eugene Richards
Publisher's Description
Eugene Richards was born in Dorchester, Massachusetts, a neighborhood of Boston. After graduating from Northeastern University with a degree in English and journalism, he studied photography with Minor White at MIT. In 1968 he became a health care advocate in eastern Arkansas. Two years later, he helped found a social service organization and a community newspaper, Many Voices, that reported on black political action and the Ku Klux Klan. After publication of his first two books, Few Comforts or Surprises: The Arkansas Delta (1973) and Dorchester Days (self-published in 1978), Richards was invited to become a nominee at Magnum. He was a member until he departed in 1995, returned to the cooperative in 2002, and departed for a second time in 2005.

Despite his success in other fields, Richards remains best known for his books and photo essays on cancer, drug addiction, poverty, emergency medicine, the mentally disabled, aging, and death in America. His intense vision and unswerving commitment have led him to become what many believe is America's greatest living social documentary photographer. This new body of work, entitled The Blue Room, is one of Richards' most personal works to date. It his is first-ever color project, and it brings together the overarching themes of all his work ''the transient nature of things'' in a beautiful and moving series of pictures of the landscape and abandoned houses of the American West, covering the states of Kansas, Colorado, Wyoming, Montana, Arkansas, Nebraska, New Mexico, and the Dakotas. This is the area where settlers came around the turn of the twentieth century, pursuing the promise of homesteads where they could build successful communities. However, in the wake of the Great Depression and the dust storms of the 1930s, the farms in this isolated, semi-arid region faltered and failed, leaving the land littered with forgotten homes.

Richards' photographs are a statement on the vulnerability of man in the face of the shifting economic opportunities and the climate; a commentary on the inevability of change. In these contemplative pictures we are inspired to imagine the lives of the homes' former occupants. Richards enigmatic pictures make The Blue Room a thought-provoking meditation on memory; a quiet yet incredibly powerful body of work.
ISBN: 0714848328
Publisher: Phaidon Press Inc.
Hardcover : 168 pages
Language: English
Dimensions: 16 x 11.1 x 1 inches