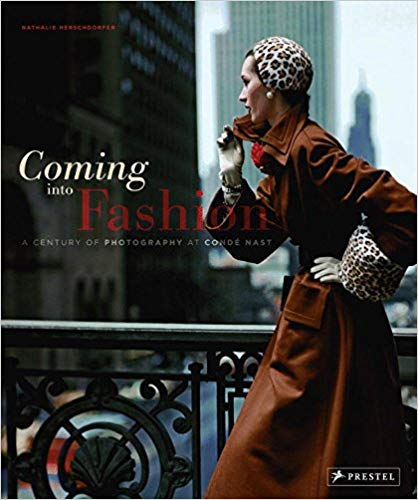 The discovery of most of the biggest names in fashion photography can rightly be credited to the legendary publisher Condé Nast, as so many photographers’ careers were launched on the pages of his magazines – predominantly in his flagship, Vogue. During the past 100 years the publishing house has celebrated the world of fashion in all its spectacular incarnations. The first photographer hired by the company, in 1914, was Baron Adolphe de Meyer, followed in later decades by such luminaries as Edward Steichen, Man Ray, George Hoyningen-Huene, Horst P. Horst, Cecil Beaton and Erwin Blumenfeld. Since his earliest days as a publisher, Condé Nast was a gifted talent scout. By surrounding himself with great artists, he placed Vogue, in addition to his other magazines (most notably Vanity Fair and Glamour, as well as the foreign editions of Vogue), at the forefront of the photographic avantgarde. The Condé Nast studios in New York, Paris and London were laboratories of creativity, employing artists eager to capture and show off the gems of haute couture. Alexander Liberman, hired as Vogue’s art director in the early 1940s, kept pace with his talented image-makers. Such photographers as Irving Penn, William Klein, Helmut Newton and David Bailey were brought on board, and as with their predecessors from the inter-war period, their careers took shape and blossomed thanks to Condé Nast’s innovative and groundbreaking publications. This great tradition has carried through to present times. In New York, Paris, London, or Milan, Deborah Turbeville, Bruce Weber, Peter Lindbergh, Ellen Von Unwerth, Corinne Day, Mario Testino, Steven Meisel, Nick Knight, Tim Walker, Miles Aldridge, Sølve Sundsbø or Willy Vanderperre – to name a few – have likewise made their marks not only in fashion magazines but in the history of photography.
ISBN: 3791347470
Publisher: Thames & Hudson / Prestel