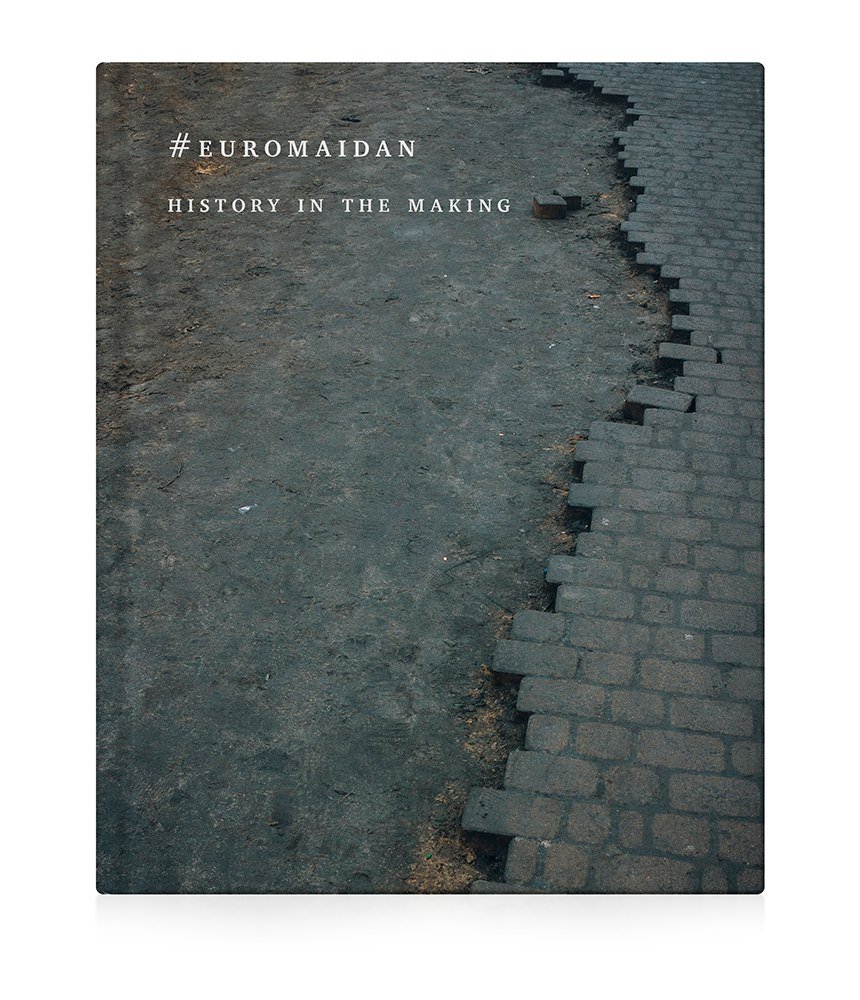 #Euromaidan - History in the Making
by Volodymyr Kadygrob, Kateryna Taylor, Gleb Gusev, Taras Liutyi, Yaroslav Hrytsak, Kateryna Sergatskova
#EUROMAIDAN — History in the Making is dedicated to Ukraine’s 2013-2014 Revolution of Dignity and Democracy. The movement’s first sparks were ignited in Kyiv’s Maidan Nezalezhnosti (Independence Square), which stands in the heart of the capital and is the site of previous mass mobilizations for democratic reform. It has always been a place for gathering and debate, but the Revolution has brought a whole new meaning to the “Maidan.” It is much more than a place. It is a movement that has transformed civil society and demands political accountability. The Revolution’s mass protests forced Ukraine’s corrupt President to flee and ushered opposition leaders into power. Through vivid photographs and accompanying text, this book documents and explains Euromaidan—as a historical event, as a set of shared values, and as a form of self-organisation and creative expression. This book assembles the most compelling photographs taken by Ukrainian photographers at the Maidan from November of 2013 to February of 2014. Two articles open the book: historian Yaroslav Hrytsak describes its sources, causes, and driving forces; philosopher Taras Liutyi explores the Maidan as a collection of myths and. A chronology of events, a map of the Maidan, and a list of those who were killed during the protests accompany the images. Compelling and evocative, this hardback album studies the archives of over 600 photographers, both professional and amateur. Among them are Oleksandr Burlaka, Roman Pashkovskyi, Serhiy Morhunov, Andriy Horb, Oleksandr Piliuhin, Oleksandr Stryzhelchyk, Oleksandr Kuzmin, Dmytro Larin, Oleksandr Kurmaz, Roman Pilipey, Oleksandr Chekmeniov,Oleksiy Furman, Ivan Bohdan, Anatolyi Boiko, Kostiantyn Chernichkin, Hanna Hrabarska, Irakliy Dzneladze, Serhiy Kharchenko, Vladyslav Musienko, Evheniy Malolietka, Maksym Levin and many others.
ISBN: 978-9665003557
Publisher: Osnovy Publishing