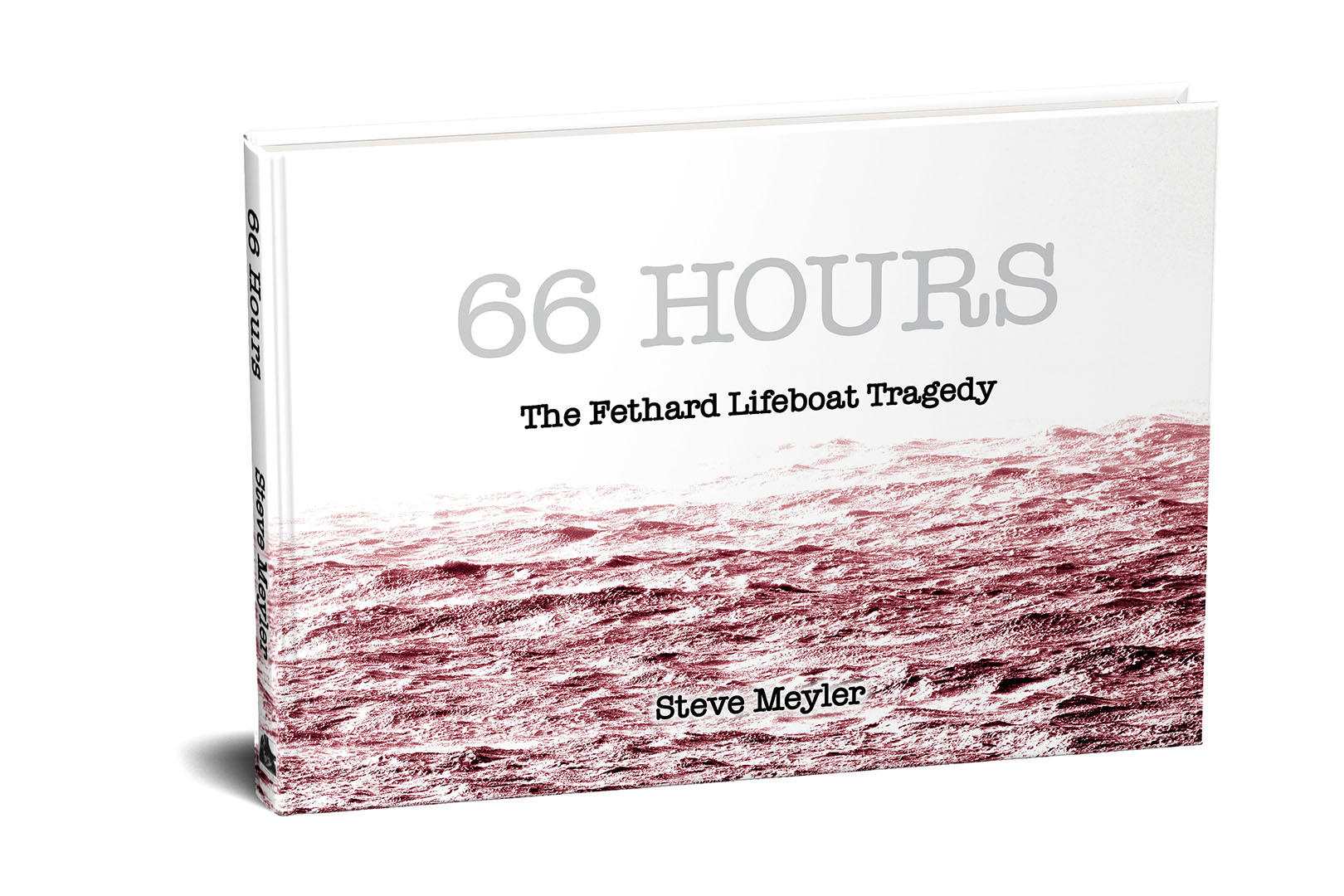 66 Hours
by Steve Meyler
The lifeboat Helen Blake with its crew of fourteen set to sea from Fethard, Co. Wexford in a howling gale and torrential rain with only the strength of ten oarsmen and some sail to propel the boat three miles to the Keeragh Islands where the cargo vessel Mexico had run aground. The lifeboat was smashed to pieces by mountainous seas and freak waves as its crew attempted to rescue those aboard the stricken schooner. The survivors, 9 from the Mexico and 5 from the Helen Blake, made it ashore to the smaller of the two Keeragh Islands which lie about a mile off the South Wexford coastline. The men had to wait sixty-six hours for rescue in bitterly cold conditions with virtually no food, water or shelter on an island which rose just thirteen feet above sea level and was being pounded by high waves and a huge rolling swell. Tragically, the youngest of the men who made it onto the island died from exposure on this tiny inhospitable 0.4-hectare outcrop of land. A total of ten men lost their lives, one from the Mexico and nine from the Helen Blake, in this, one of the worst maritime disasters the R.N.L.I has suffered in Irish waters. The families of the lifeboat crew knew that something had clearly gone disastrously wrong, but had no way of knowing which families were now without husbands, fathers, brothers or sons. It’s hard to imagine what the men on the Little Keeragh endured, and just as difficult to contemplate what families and friends went through during those sixty-six desperate hours.
ISBN: 978-1-905597-90-1
Publisher: The Pippin Press